House majority leader John Bell is a nice guy.  (I’ve actually talked with him.)  You want to like him. You want to believe what he says.  But then you remember — HE’S IN LEADERSHIP.  Choir Boys and Boy Scouts don’t make it to the top of the ladder on Jones Street.

This story all gets started with an angry Facebook post by a Tea Party leader from the coast: 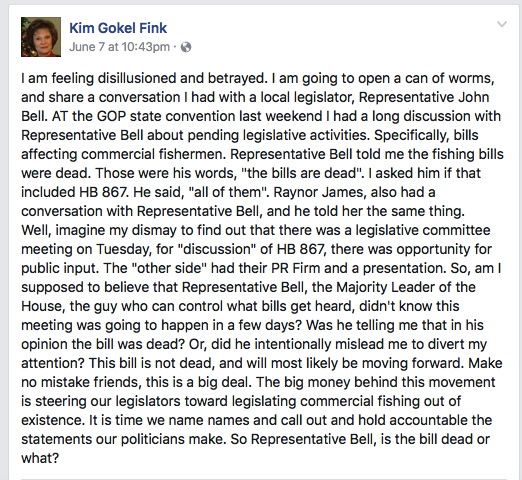 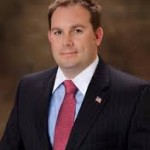 That committee hearing she references?  My moles tell me Rep. Larry Yarborough — a co-sponsor of HB867 — pitched the bill to the committee while Bell sat in the back of the room watching and smiling like a donkey eating briers.

When confronted about the contradictions, Bell reportedly tried to claim that — when he spoke to Fink and James — he had no idea the legislation was coming up in front of the committee.  He was in the dark, he said.  (*Show of hands.  How many of you out there believe that the House majority leader is out of the loop on what is moving before committees and onto the House floor?*)

The Coastal Conservation Association (CCA) is the driving force behind this legislation.  The CCA has been very generous with campaign donations to all kinds of Republican politicians in Raleigh.  John Bell and NCGOP chairman Robin Hayes are just two of the NCGOP leaders in Raleigh who are closely tied to the CCA. 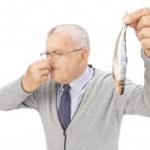 CCA’s forces see commercial fishing — an important economic activity on the state’s coast — as a direct threat to its membership’s enjoyment of recreational fishing.  Grassroots leaders along the coast see this move by the CCA — and the politicians they have subsidized — as a direct attack on the region’s small family businesses.

Here’s Raynor James, with the Coastal Carolina Taxpayers’ Association, and his two cents on Bell’s legislation: 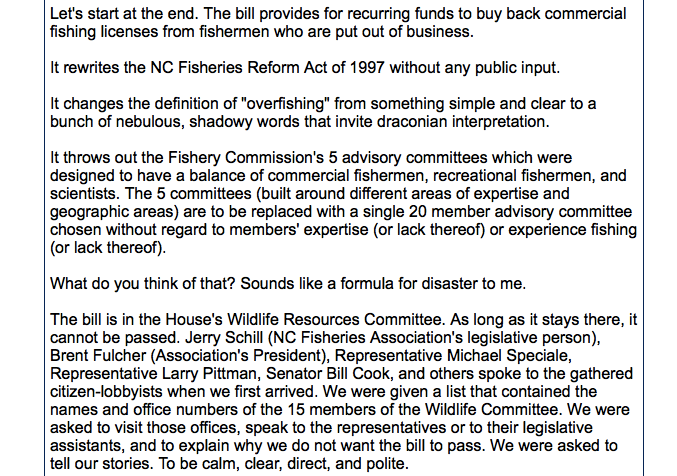 So, it appears we have the alleged pro-capitalism, pro-business ‘conservative revolution’ working hand-in-glove with deep-pocketed special interests to move self-sufficient, hard-working small business-people from productivity to the unemployment and social services lines.  What’s a few more unemployed souls when the checks are flowing to that campaign fund?