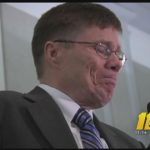 Two years ago, there was some serious drama and boo-hooing over the Moore County School Board’s attempt to fire superintendent Bob Grimesey. (Grimesey managed to show us a few on-camera tears, too.)

Since being re-instated, Grimesey has presided over — with a supportive Greek chorus in The Pilot’s newsroom — an unprecedented disinformation-laden PR campaign that would make Saul Alinsky, Hillary Clinton, and Barack Obama proud.

Sure, Moore County edu-crats have been caught playing fast and loose with the facts before. Previous superintendents have gone before the county commissioners, hat in hand, claiming to be suffering from a budgetary crisis. Meanwhile, the system’s financials were showing that the school system was regularly being over-funded annually by about TWO MILLION DOLLARS. 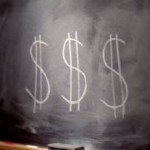 But Grimesey has taken this sideshow to a new level.  He’s scared the public and his own employees to death with threats of classroom staff cuts and resource cutbacks.  If the county commissioners don’t raise property taxes, he and his allies say, the lil’ chil’ren will suffer.

to fund.  Never mind that Moore County is much more generous to its schools than other counties are to theirs.  More money HAS to be siphoned from our wallets.

All kinds of studies have shown that a sales tax will provide more revenue to the schools.  And THAT MONEY can’t be diverted — like increased property tax revenue can.

None of that matters to the sycophants on the county board of education and in The Pilot newsroom.  It’s so much easier to nod in agreement and take dictation than to ask hard questions and stand up for the people who depend on you.

Instead of just blindly accepting educrat claims that nothing can be cut and taxes must be raised, let’s consider a few things:

We count on our elected board of education to watch out for our interests, and our kids interests.  We count on our local drive by media to keep an eye on government officials and others who may try to hoodwink us and abuse our trust.  We in Moore County are being poorly served on both counts.