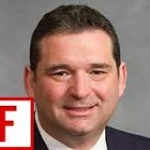 David Lewis was the only House Republican to vote FOR ObamaCare.  Charles Jeter is the most liberal member of the House GOP Caucus.  (At least one Democrat ranks as more conservative than Jeter.)  And Nelson “Where’s My Check?” Dollar?  Don’t get me started on him.

These three RINOs all had primary challenges from the right this past May.  They are all influential lieutenants to speaker Tim Moore, so they all got more-than-generous funding from the caucus to fight off their conservative challengers.  That generosity may have put some of their colleagues in the caucus — from swing districts — at risk for November.

Sources inside the House GOP caucus tell me that speaker Moore informed everyone this week that the caucus has roughly HALF of what it had in the bank this time TWO YEARS AGO.

I am told Moore has put the hard sell on his members to step up their fundraising activities. Some GOPe types may try to blame the cash issue on the conservative primary challenges. But those challengers would not have been there, with those kind of resources in place, if “The Three RINO amigos” had stood by the party platform and their campaign promises from prior elections.

To add insult to injury, Moore loaned out the caucus’s chief fundraiser to a congressional candidate who ran in the June primary against a field that included THREE of Moore’s House colleagues.

So, if you are a House Republican who finds yourself in a tight race in late October — and the money from Raleigh is too little and too slow — thank Charles Jeter, Nelson Dollar, and David Lewis for the predicament.  Three guys who will run from the GOP platform at the drop of a hat — and the wave of a campaign check.