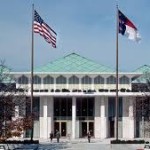 AFP-NC’s Donald Bryson has  labeled the House’s action on the budget as  “reverse Robin Hood.”

I think this tweet best sums up House action thus far on the state budget:

Yes, that’s right.  Mickey Michaux — the liberal lion of the House — thinks the budget rammed through by House leaders (Republicans) spends TOO MUCH. And, shockingly, I may be agreeing with him on this one.

Employees are typically some of the highest-cost items in a budget.  The state Department of Revenue asked to close their call center in Rocky Mount.  They were asking to close it.  They don’t want it — don’t need it.  Whatever.  Of course, the GOP-dominated House found a way to keep that sucker IN the budget.     (Perhaps this is an attempt to make up for the Volvo fiasco.)

[…] The House proposal would also extend tax credits for solar energy projects for two years, although other renewable energy projects would enjoy four more years of tax credits. Gov. Pat McCrory had called for ending the solar credit in his budget proposal, arguing that the solar industry in North Carolina had “matured” and no longer needed a tax break to be viable. [...]

OK. So, now, we’re to the left of Pat McCrory AND Mickey Michaux on the budget.

The honorables even approved a grant program to provide freezers for convenience stores that might want to start selling vegetables amidst so-called “food deserts”:

[…] Lawmakers have been studying different ways to fight food deserts – rural and urban areas where it’s hard to get nutritious food such as fruits and vegetables. One idea is to create a grant program that helps corner stores – what some might call convenience stores or quickie marts – buy refrigerators and other equipment to display the produce.

Holley picked up support from Republicans such as Rep. of Pitt County, who said a pilot program in the Greenville area was helping residents there eat healthier.

But others blasted the notion. Rep. , R-Craven, said he doesn’t like the looks of the fruit when he walks into a corner store.

“I wouldn’t eat those fruits if they gave them to me,” Speciale said.

A bigger objection, he said, was that the state government shouldn’t try to create a market for fruits and vegetables.

“Nobody goes to the corner store to buy fruits and vegetables,” he said. “They’re going there to buy honey buns and Cokes.” […]

Um, don’t you think that – if people were rolling into the Kwik Chek on the corner seeking out broccoli — the store owners would have already found a way to get some broccoli onto the sales floor?  These people know their communities and their customers AND what is in demand. 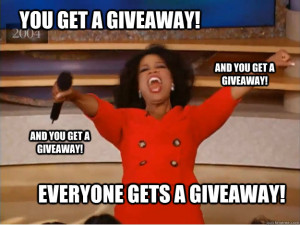 The honorables are still throwing us crumbs with a tiny gas tax cut, but appear to be off-setting that with dozens of fee increases on the state’s drivers.

Tax credits for data centers and motorsports are still there.  So are incentives for Hollywood.

So, the House has jacked things up to $22.1 BILLION.  The drivebys appeared to be amazed at how many Democrats went along with the GOP-sponsored spending measure.

Our next best hope appears to be the Senate.  They appear to be working on a “markedly different plan.”

5 thoughts on “#ncga: Getting to the left of Michaux AND McCrory”