SOME of the honorables on Jones Street are pushing through changes to Hendersonville’s charter: 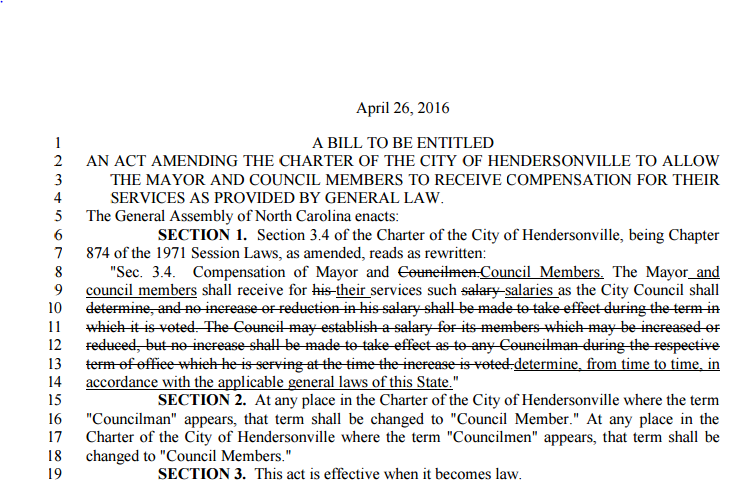 Got that?  “The mayor AND council members shall receive for their services such salaries as the City Council shall determine , from time to time, in acordance with the applicable general laws of this State.”

No set rates.  Nothing like the specifics set out for legislators’s per diem payments.  The council and the mayor get to decide what they’re going to get paid.  How would you

like a gig like that?  You decide what you’re going to get paid — and the money comes out of somebody else’s wallet.

Who is behind this legislation? Local Republicans Chuck McGrady and Chris Whitmire are the primary sponsors.  But curiously, there are three Democrats from nowhere near Hendersonville co-sponsoring the bill: Elmer Floyd, George Graham, and Howard Hunter.

Now, WHY would those three be so interested in a local bill for Hendersonville?  *SNIFF, SNIFF.  Is that a backroom horse trade I smell?*