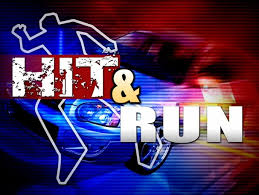 Wow.  Talk about bad timing.  Two days before the primary elections, a  state senator from coastal southeastern North Carolina is drawing scrutiny that could end up in a courtroom. WWAY-TV out of Wilmington has the details:

[…] The crew of a movie shooting on Princess Street says they saw Sen. Bill Rabon (R-8th District) drive off after hitting a parked car in a parking lot at 2nd and Princess, but the senator says he had no idea.

A witness, who did not want to go on camera, says he saw a man in a white GMC Sierra hit another car before trying to take off. The man says he stepped in to see if the driver was OK and to make sure he would “do the right thing,” but he was surprised when the driver instead drove off and never returned.”

The witness told officers the driver was Sen. Rabon. He says Rabon told him he would make it right before leaving.

The general manager of The Greeks restaurant next door says he and his staff were finishing up a meeting when they heard the commotion.

“We heard a big sound. We were back here in the parking lot, so we didn’t think much of it, and we run out here and we just saw a white truck, like a GMC Sierra basically almost peeling out of here,” Yanni Papanikoulaou said.

Rabon, a self-proclaimed bad driver, says he thinks he had a few drinks with Wilmington Mayor Bill Saffo and Rep. Susi Hamilton (D-18th District) after Sunday afternoon’s film rally, but he says he was not impaired when he got in his car to drive home. 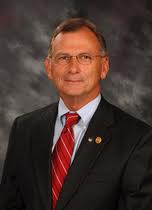 Rabon, who admits he has trouble hearing, says he thought the person who walked up to him was directing traffic and asked if he was turning right. He says if he hit a car, he had no idea, but would be more than happy to pay for any damage he may have caused.

Wilmington police say they are investigating but have not identified the driver yet. They say the car involved in the accident is a white GMC Sierra registered to Rabon.

How do you not notice hitting a car? (Well, the Sierra is a nice-sized truck.  And if it hit a Prius or something else diminutive like that ….)

We’re not going to pass judgement on Rabon right now.  But you have to admit that the details out there so far don’t look good for him.

Rabon previously made headlines in January as the star of a profanity-laced audio recording of a rant against the state House leadership and Gov. Pat McCrory.

Rabon has no primary opponent.  But he does have a Democrat opponent in the November general election.