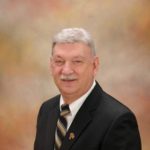 He came up just 28 votes short in the March primary against Charles Jeter.  Tom Davis ran as a staunch, anti-cronyism, conservative in the GOP primary in this Democrat-leaning Charlotte area district.  He battered Jeter for his liberal voting record and for flip-flopping and being squishy on the highly controversial I-77 toll issue, among other things.  Jeter coasted by the low-budget Davis campaign thanks to the generosity of House leadership and the Raleigh establishment.

Now, with Jeter resigning in the face of a mountain of problems and the November race against a Democrat candidate fast approaching, local Republicans are scrambling to recover.  Davis thinks he has a simple solution to the conundrum:

“I applaud Charles Jeter’s decision to place his family above politics and greatly appreciate his service to our community and state. I have informed the Mecklenburg County Republican Party Executive Committee that I will seek the State House seat for District 92 that has been vacated by Mr. Jeter.
My request to fill the District 92 House seat interim and on the ballot in the November general election is endorsed by:
• Commissioner Jim Puckett (District One)