Opponents of the Common Core curriculum for public school education are ramping up their efforts to get state House Bill 1061 through the North Carolina General Assembly. Some of the biggest names in the NCGOP — including Lt. Gov. Dan Forest — are stepping out to praise the bill and call for its passage.

Some in the opposition are suspicious of the House legislation — labeling it a smokescreen that allows legislators to score points with grassroots conservatives while basically giving the edu-crats what they wanted all along. Take this from Dr. Terry Stoops, the education policy guru at Raleigh’s John Locke Foundation:

For the record, US Senate nominee (and House speaker) Thom Tillis has the last word on what will and will not be considered by the House.

Whitney Neal of FreedomWorks — a former teacher and a nationally renowned Common Core critic — cautions that the current efforts on Jones Street will bring additional costs to taxpayers: 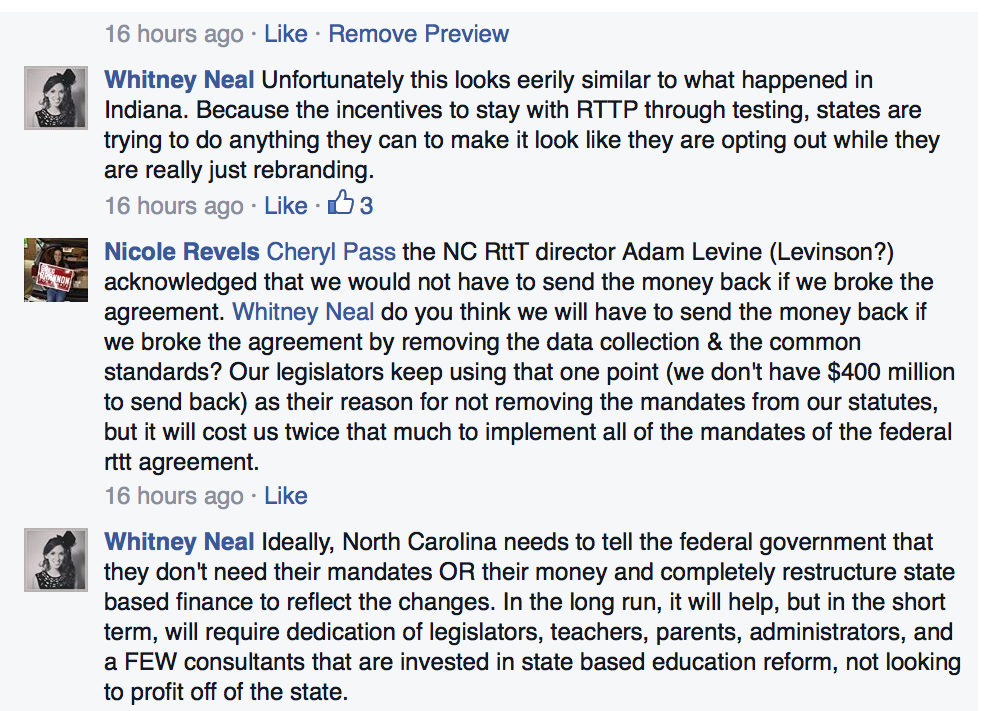 Nicole Revels, featured in the above conversation with Ms. Neal, has authored an intriguing piece about how to truly drive a stake into the heart of Common Core.