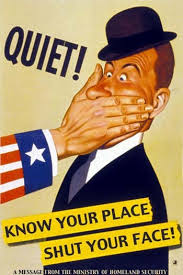 The North Carolina Chamber appears to be following the national Chamber’s lead in going all-out in support of statism and the establishment.  They told us in ads, last year, that our kids were going to die fiery deaths in their school buses if the legislature didn’t spend MORE money.  They LOVE ConnectNC and Common Core.

Now, the NC Chamber is getting into Republican primaries — of course, in opposition to Tea Party-aligned candidates and FOR establishment-blessed crony capitalists.

We wrote earlier about the NC Chamber’s meddling in the NC Senate primary to replace Tom Apodaca.  The guy they’re backing owns a fast food franchise –so, you could see a connection there.  But he’s been way too friendly and receptive to ObamaCare AND amnesty for illegals.  Now, the Chamber is turning its guns on their guy’s main foe Lisa Baldwin, a staunch conservative and former Buncombe school board member. Lady Liberty has the gruesome details here. 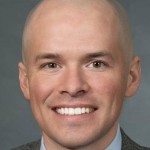 Now, they’re coming after state Rep. Justin Burr (R-Stanly).  Burr, for the longest time, was an establishment stooge in the House.  But, apparently, he’s seen the light and has been asking some hard questions of the powers-that-be.  Of course, that does not sit well in our fair capital city.  A former aide to Stanly County’s former Democrat sheriff (who lost in 2014) has been recruited to challenge Burr in the GOP primary.  Of course, the NC Chamber is backing him and touting him as a “small businessman.”  His name is Burris —  close enough to “Burr” to fool low-information voters in the GOP primary.  (Of course, Rep. Burr and his family have a bail bond business. That makes them small business people.  What gives?)

This is another case of Raleigh trying to pick our representatives — instead of US picking them, as it should be. Knocking off Justin Burr will send a message loud and clear — Don’t rock the boat, or you’ll swim with the fishes (politically, of course [we hope]).