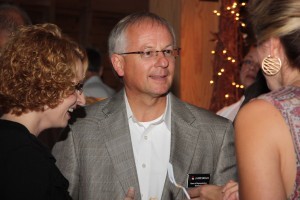 Richard Morgan has been gone from this seat for TEN YEARS now.  Just as we were getting use to the quiet and civility, things had to BLOW UP.

Republican state Rep. Jamie Boles showed a lot of promise when he won a three-way primary outright in 2008.  But since then, he’s had a series of uncontested races.  And a lot of folks in the district — which is, basically, rock-ribbed Republican Moore County — have been grumbling about a lack of responsiveness from their new undertaker-turned-legislator.  Boles has been criticized for basically being a spectator in tough debates on things like taxes and the budget. 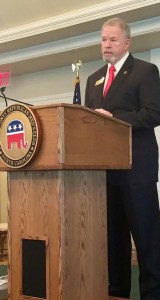 He’s also taken some shots for sponsoring multiple pieces of legislation that would have directly benefited his funeral home business.

Picerno, arguably one of the more politically-powerful figures in the county, is retiring from the county board.  But he has taken on a new mission:  surrogate for the Zumwalt campaign.

Picerno has been telling anyone who will listen exactly what he thinks of Boles’s job performance in Raleigh.  Here’s a recent example from one of our local papers:

“The sky is not falling.”

That was the gist of Moore County Chairman Nick Picerno’s response to comments made by NC Representative Jamie Boles in a interview published in the February 5 edition of The Times.

“But now the sky is falling. And some of them aren’t running again because they know they are going to have to raise taxes.” Both Chairman Picerno and Commissioner Randy Saunders are not seeking re-election.

“The sky is not falling,” Picerno told The Times in a interview. “We will meet our obligations.”

“If we need to raise taxes, we’ll raise taxes,” Picerno said. “However, we’re running a surplus.”

Over the past several years the County has run enough of a surplus to deposit $3 million to $6 million each year into capital reserve funds — primarily in anticipation of the need to build new schools.

In our interview with Boles, he cited the state budget surplus as one of the achievements of the GOP majority in Raleigh.

“I’m proud of them for doing that,” Picerno said. “But they are doing it, in part, by not funding what they say they are funding.”

That’s a reference to fact that the state’s formula for allocating teachers to local school districts is based on the number of students in each grade countywide, without taking into account the number of teachers needed for each grade in each school.

During our interview with Boles, he noted that the County is responsible only for the “brick and mortar and maintenance; the state is responsible for the rest.”

“If that were true,” Picerno responded, “then we could cut taxes by ten cents. Because what the county would have put up for the schools last year would have been $7.9 million.”

Instead, the County spent $25.3 million on public education last year, and only $7.9 million of that is spent on “bricks and mortar.” Education accounts for more than one-third of the expenditures in the General Fund budget.

“All we’ve done is prioritized our budget. We’ve not actually cut. Over the last eight years, property taxes in Moore County have not been cut. We’ve just tracked with the growth of the County.”

The Commissioners have been pressuring the Moore County delegation to the General Assembly to provide forty percent of funds from the NC Education lottery to counties to support school construction — as was promised when the lottery was initially approved. Currently, only about eighteen or nineteen percent goes to the counties.

“I understand the frustration of the County Commissioners,” Boles told The Times, “but they were under the misperception that the lottery was going to solve everything.”

“The lottery is not a lot of money,”Picerno said, “but when you say one thing, you pass a law in the General Assembly, and then you don’t live up to it, that’s an issue, and it should be.”

“Forty percent should be coming to the counties for school capital construction or debt service on school bonds. That’s what they said. They’re not doing it.”

The Commissioners have also been pressing Boles and other Moore County representatives to explain why Moore County was passed over when the legislators doled out the proceeds from an expansion of the sales tax to include services like auto and appliance repairs.

$84.8 million of the new tax revenue was divided among 79 of the state’s 100 counties. Moore County was not among them, even though every county that touches Moore was included. 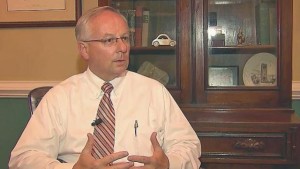 Boles explained, in our interview, that what Moore County got in the budget deal was far better than what could have happened, because rural counties were pressuring the General Assembly to divide all sales taxes based on population. Currently, most sales tax proceeds are divided based on point of purchase. Boles said using population would have hurt Moore.

“On the sales tax,” Picerno said, “the explanation is: ‘Well, it could have been worse.’ So, I’m supposed to say thank you for it not being worse, when we are now collecting money in Moore County and shipping it out to other counties.”

“If that’s your answer, then let the people judge you on that answer.”

“If people come to Moore County to shop and spend their money and get their car serviced,” Picerno said, “we have to provide the fire protection, the emergency medical protection, the law enforcement, the zoning, the planning, the legalities, all the administration, so that businesses can be in Moore County. So why are you shipping the money out to somebody else?”

“I think the General Assembly is on the right track,” Picerno said. “But there are a few issues affecting Moore County that need an explanation.”

During our interview Boles said, “I am a North Carolina Representative. I vote for ten million people.”

“I am fortunate that I represent 88,000 people in Moore County,” he added. “I am blessed. But if everybody would get up and walk out of a committee meeting or a budget meeting with ‘Well, this doesn’t pertain to my County, so I’m going to vote no,’ where would we be?”

“Representative Boles is the only representative that lives in Moore County,” Picerno said. “He is our only link to Raleigh. If he is not going to represent Moore, and he wants to represent the state, then I’d say we have no voice in Raleigh.”

One thought on “#ncga: Boles v. Zumwalt heating up in House District 52”