use tax money to lease privately-owned school facilities is getting some unflattering headlines down south:

If the referendum had passed, Firstfloor would’ve gotten $109 million in school construction projects from Laurens School District 55, including an $85 million high school project.

The referendum, which would’ve increased the average family’s tax bill by $20 per month, divided Laurens.

Meanwhile, the “Kids First” campaign, funded almost entirely by Firstfloor and supported by some top school district officials, opened its own campaign headquarters to support the bond. 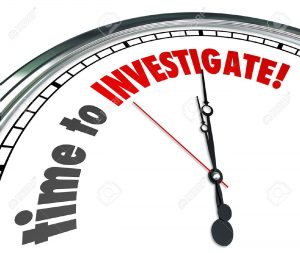 It also paid more than $5,000 to attorney Keith Powell. He worked on behalf of Horry County Schools in 2015 while negotiating unusual school contracts that allowed Firstfloor to extend the school construction schedule by months without penalty. Powell told News13 the campaign,”solely managed” by Laurens County citizens, hired him to mostly help with regulatory filings. “I want to see the board succeed in what it decided to do,” he wrote.

The well-funded Laurens campaign, however, didn’t sway enough voters. Perhaps foreshadowing the voters’ decision, the “Kids First” campaign begged people opposing the bond to stay off its Facebook posts and asked its supporters to “refrain from engaging the opposition” a few days before the vote. They only wanted “positive and supportive” comments.

The referendum failed in September, with nearly 77% of people voting against it, but election day antics sparked an investigation the next day.

The “Kids First” campaign gave coupons for free fish sandwiches to voters. The campaign claimed anyone who voted could’ve gotten a coupon, not just supporters of the referendum, WSPA reported.

The coupon, obtained by WBTW, says “approved by: Gregory Bryant”. A “Greg Bryant” serves as a “business development executive” for Metcon, the same construction company that worked with Firstfloor on schools in Horry County.

Aaron Thomas, the president of Metcon, wrote in a text message, “Called Greg. He said someone in the community made tickets up. Didn’t know anything about it until that day but did help committee and cook fish on fish fry Election Day.”

You may remember Thomas as a significant campaign contributor to Pat McCrory and various Jones Street GOP  leaders who ended up getting an appointment.

[…] SLED opened an investigation into whether the intent of the coupon was to buy votes after a request by David Stumbo, the 8th Circuit Solicitor, according to WSPA.[…]

For those who don’t know, SLED is the South Carolina version of the SBI.  MORE:

Mr. Powell has represented Firstfloor Energy Positive in one previous instance. Mr. Powell is perceived to be the leading school construction attorney in South Carolina and when we had some questions regarding the language and meaning of portions of a request for proposals, we consulted with him to better understand the offeror’s meaning.

We have heard that the state has made some routine inquiries regarding the bond referendum and have no additional information.”