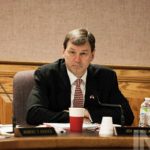 State Republican leaders are meeting Saturday to consider punishment for five conservative activists from Haywood County.   NCGOP Executive Committee member Jim Womack has spoken out via email– suggesting that party leaders are going too far on this one:

I hope to see many of you at tomorrow’s NCGOP ExCom meeting.  I always enjoy the fellowship with fellow Republicans, especially when we can get together to make the NCGOP more effective as a political organization.

One item on the agenda for tomorrow troubles me greatly as a grass roots party activist and  as a liberty-loving patriot.  It pertains to the charges being leveled against five party activists from Haywood County who are alleged to have said or posted statements that other republicans may find offensive, disrespectful, or out of line for a party official.  I believe the intent of this hearing is to compel the ExCom to administer discipline against these republican activists.
While I may not agree with and would not have personally posted some of the things these men were accused of,- I am a firm believer in our

First Amendment right to Free Speech.  And my read of our state GOP Plan of Organization certainly reflects respect and allowance for political free speech.  It helps define us as a party.  I find it chilling to think any body of the North Carolina Republican Party would seek to punish a fellow Republican for exercising those rights.  The potential damage to the grass roots of our party would be immeasurable. (And we are not in a position to see further erosion of our already diminishing base of activists.)
Considering we are only allowed to meet twice a year as an ExCom, I hope you will agree with me that our time would be much better spent picking

through the party’s budget and finances or discussing how we can better perform digital information management across the state and local levels.
Please join me tomorrow in seeking to “table” or to “dismiss” the counter-productive agenda item to discipline fellow party members for incidental matters.  Let’s leave those matters to the county and district to manage.
Warm Regards/
Jim Womack
Chairman, Lee County GOP

Of course, Dallas DID not approve:

Copied on this note is counsel John Lewis 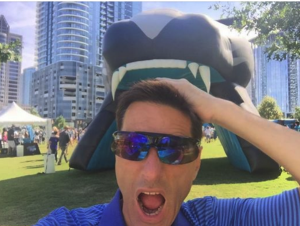 This note was sent to me by fellow Executive Committee members.

Just for your information I thought I would pass along a couple points.

The staff, Chairman, vice-Chair etc have no role in this matter either way.

In accordance with the plan of organization, a resolution by the county executive committee OR a petition from the Congressional District committee
would put this in front of the Executive committee.  We received both.

The General Counsel has to lay out the case, because that is also set by the POO.

The specific charges only deal with the charges and evidence the accused willfully and knowingly supported  a democrat over a republican in a General Election.

The committee is free to make whatever judgement it chooses.

While I have no dog in the fight, I would caution against a motion to table.   It is my understanding, (John, please correct me if I am wrong)

Whatever the committee decides, I hope they will decide SOMETHING, so this issue is resolved, one way or another.

And, of course, the rebuttal from Womack:

Three points, Dallas:
1.  We have much to do at this semi-annual meeting on a holiday very sacred to us Veterans.  Getting bogged down with a seemingly trivial “matter” is an insult to me and the other veterans who are there and missing very 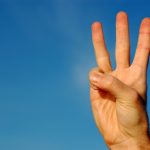 important Veterans Day events we would rather be attending.  I am generally intolerant of my time being wasted on things best handled at the local and district party levels.
2.  Many of us on the ExCom would genuinely like to dive into other things of much greater interest for which there is very little time to address.  For example, I’d like to get a detailed review of our budget and financial balance sheet for the first 9 months of the year.  The FEC reports that have been filed seem to have a number of omissions in them; either that or a good number of our CC members are taking freebies from the party that the rest of us aren’t aware of.  I’d also like to get into the details of the party’s fundraising to date and our expenses- which do not seem fully disclosed in the FEC filings.  I’d also like to have more time to inquire about and discuss the many resolutions that are being passed at lower levels.  Shortcutting either of these two areas for sake of a disciplinary hearing seems 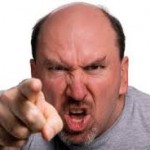 inappropriate.
3.  I’d like to dismiss this proposed disciplinary matter altogether, without waste of time.  But, barring that, tabling this matter would probably post-pone the matter indefinitely, if not killing it altogether.  Either would accomplish the purpose of getting it off the ExCom agenda for tomorrow.
Glad someone brought this to your attention.
Jim Womack
Chairman, Lee County GOP