He works from sunrise to sunset, spent the last 40 years raising his family, sent his children to college (where they graduated without debt), contributes to his church, pays his taxes to help build the public schools and he’s done it all by growing corn and wheat and raising chickens and hogs. 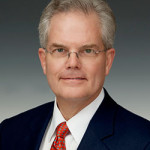 When it rains too much he can’t plant and when it rains too little his crops wither. It’s hard to know which is worse, late spring frosts or the early fall frosts. A microscopic virus can wipe out all his chickens and, as he watches, months of backbreaking work (and money) disappear.

He wonders sometimes what he’s done to deserve the treatment he receives from Mother Nature – he both loves and curses nature. In the end, like his father and grandfather before him, he simply rolls up his sleeves and goes back to work to dig out of whatever hole he’s in.

One day not long ago a man came to see him who wanted to lease the back 40 acres, where nothing hardly ever seemed to grow, for a solar farm. His wife liked the idea.  She said it would be the first time they ever received money that did not require their own sweat to earn. It would also mean no longer having to mow 40 acres of brambles every winter, after the yellow jackets were gone.

A bureaucrat sitting in Raleigh has decided he – the farmer – doesn’t have enough sense to decide whether to rent his land. That the government needs to tell him what to do. So now, it looks like, he’s going to need to ask a bureaucrat for permission to rent his own land.

All he can do is shake his head. And offer a silent apology to Mother Nature.

Sounds like a bunch of bed-wetting leftist crap, huh?  (Making money without sweating?  Is THAT in the GOP platform now?)  Unfortunately, it comes from a REPUBLICAN state senator from Catawba County.  (He’s got this on his web site.  And he

had the gall to email it to his colleagues in the House.)

It’s pretty dishonest to portray opposition to solar subsidies as “big government.”  I — and many others — don’t care if you want to invest your hard-earned money in solar farms.  Just don’t force me to subsidize your “risk” via my tax dollars and astronomical utility bills.  Making money is fine.  Just do it with YOUR MONEY and YOUR HARD WORK.

It’s getting harder and harder to figure out Andy on this whole subsidies thing.  On one hand, he has griped about the state shelling out money to recruit industry.  Yet, he has voted to approve money for JUST THAT.

Why is ol’ Andy giving us all of this theatre over solar energy?  It may have something to do with the $2,000 his campaign got from solar-loving gazillionaire Jay Faison on October 28 of last year.

3 thoughts on “#ncga: A crony-capitalist fairy tale from Andy Wells”