There’s been a lot of belly-aching about schools reportedly getting short-changed.  The North Carolina education lottery came into being in 2005 as a method for providing much needed funding for public schools.  Moore County’s board of commissioners is under the impression that the county is not being given its share of the lottery proceeds, and wants the General Assembly to rectify the situation:

billion annually to support public school operating expenses traditionally borne by the State. In 2005 the 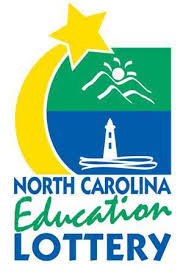 designating 40 % of the lottery net revenue to counties.

In reliance of that annual pledge of lottery funds, Moore County has incurred outstanding debt principal

the County was negatively impacted by not receiving the additional $703,000.

This matter is to be taken up at the April 7 commissioners’ meeting.  Looking at all of this, one has to ask: Where did the money go?  Is the lottery performing below initial estimates?  If so, say so. If not, commitments made when the lottery was passed need to be honored.

2 thoughts on “NC Education Lottery money NOT making it to Moore County schools?”