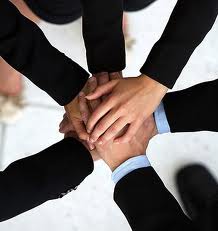 2010 was a great year for fans of limited government.  A lot of candidates preaching the virtues of government were swept into office at the state and federal levels.

Since that time, things have gone downhill.   Instead of the dramatic downsizing and restructuring of government, we’ve been treated to a shell game with small cuts in one area of government coupled with massive increases in other areas.  Different party, same ol’ spending and monkey business.

As we prepared for the 2012 vote, the new majorities we elected in DC and Raleigh began to turn on the grassroots folks who put them there in 2010.  Establishment leaders have meddled in primaries to beat down libertarian-leaning and Tea Party candidates.  They’ve foisted milquestoast, white-bread “kinda-Republicans” on us for governor and president.  We’ve been told to shut up and take it — for the sake of party unity.  We want your votes.  Just keep your ideological nonsense to yourself.

The establishment attitude appears to be:  Where else are those Tea Party people going to go?  My answer:  Hello, Libertarian Party.

The Tea Party was formed in 2009 by free-market loving people frustrated with ObamaCare and the other big government nonsense being shoved down our throats in Washington.   The Libertarian Party has been fighting against big government for DECADES.  We’ve got two sizable groups here that have a lot of commonality: mainly a shared disgust at the political establishment and the appalling growth in government.

South Carolina Jim DeMint (R) — a Tea Party favorite — sees a lot of advantages in conservatives and libertarians getting together.

For the primaries, party registration means A LOT.  In the November general elections,  registered Republicans and Libertarians can vote for other Libertarians, Republicans (or even Democrats).  Things are wide open.  There is a great opportunity to make the political establishments in DC and Raleigh SWEAT.

The folks at PunditHouse in Charlotte have an interesting piece on the impact Libertarian voters — unimpressed with Pat McCrory — had on the 2008 race for North Carolina governor.

One place the Libertarians could throw a monkey wrench into the Raleigh establishment’s agenda is the Second Congressional District race.  Renee Ellmers threw the Tea Party under the bus prior to the May primary, and ended up winning with a rather underwhelming margin against three underfunded and virtually unknown challengers.

Ellmers won in May with 56% of the vote (37,464 total votes).  Her three opponents had a collective 44% of the vote (29,416 combined total votes).    Ellmers lost one of the largest counties in the district, and had a relatively close call in another large county (Moore).   You would think Ellmers would be spending time in her new district making amends with the sizable chunks of voters who said NAY to her in May.  She’s been right scarce.  I think she wants us to ‘eat cake.’

In November, Libertarian Brian Irving will be joining Ellmers and Wilkins on the ballot.  What is the Libertarian Party all about?  Look HERE.  Their platform sounds A LOT like what Tea Partiers have been talking about since 2009.  Granted, there are some disagreements between the groups on social issues and defense and foreign policy matters.  But the biggest crisis facing us RIGHT NOW  is the mismanagement of the economy in Raleigh and DC.  On economic issues, The Tea Party and the libertarians are singing from the same sheet of music.

In the Second Congressional District, Tea Partiers could line up with Irving and REALLY get Ms. Ellmers’s attention.  The district is currently 2 to 1 Republican to Democrat.  If Wilkins gets his 33 to 36 percent of the vote, and Irving pulls 60% or so of the vote that went to Ellmers’s primary challengers, ol’ Renee could be moving back to Harnett County in early 2013.

If the “unthinkable” happens, and Irving sneaks into the victor’s circle in November,  it can be assured that he will be voting pretty much right with all of the Tea Party Republicans in the House.  He’d be a better deal for us than two more years of Renee — with her 59% conservative rating.  (Renee worked against Amendment One.  She also told us that she “never really was one of those Tea Party people.”)

At the very worst, this alliance can scare the bejeezus out of Miss 59% and MAYBE cause her to (1) rediscover conservatism and (2) start paying attention to her constituents.

In the Senate, two independents are caucusing with the Democrats.  Both have committee chairmanships.  I am SURE the GOP would welcome Mr. Irving into their caucus.  He’d be much more at home there than with Nancy Pelosi.

As a quid pro quo, the Libertarians can help us push Scott Keadle past Larry Kissell in the Eighth District in November.   In the governor’s race,  Libertarian Barbara Howe can help us pressure McCrory to convincingly embrace some free market positions.

Jim DeMint sees the wisdom in conservatives working with libertarians.  I do too.  Their party can gain more votes, and more credibility, by partnering with The Tea Party.  Their voters can help The Tea Party tamp down the arrogance of the GOP establishment in DC and Raleigh.   Win-Win.

One thought on “NC Campaign 2012: An alliance between libertarians and Tea Partiers for November could be mutually beneficial”