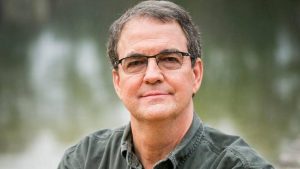 Moore County Democrats — a rather hapless, hopeless bunch over the years — are showing some life for the 2018 cycle. They’ve fielded a candidate for sheriff, for state representative, and now US Congress:

Frank McNeill has won elections before – three terms on the Aberdeen City Council, two for Aberdeen mayor and another on the Moore County school board.

Now the 62-year-old small business owner has his sights set on a much higher office: representing North Carolina’s 8th Congressional District. He plans to formally announce his campaign for the U.S. House on Monday.

“I represent the values that are found in our communities, like decency and kindness and hard work. I just think that’s going to be appealing and that’s going to be what our citizens want taken to Washington,” said McNeill, a Democrat who last held office about 15 years ago.

Republican Richard Hudson, of Concord, is the current representative from the south-central North Carolina district, which stretches from Fayetteville in the east to Concord in the west. Hudson won 58.8 percent of the vote in 2016, defeating Democratic challenger Thomas Mills by more than 56,000 votes.

McNeill is the second Democratic challenger to announce. Scott Huffman, the founder of Indivisible Charlotte, is also running for the Democratic nomination. Huffman reported raising $19,001 in the final weeks of 2017, according to federal campaign reports.

Hudson has raised more than $1 million for his re-election bid and has more than $515,000 cash on hand. Hudson’s wife, Renee Hudson, works as chief of staff to Kellyanne Conway, a high-profile counselor to President Donald Trump.

McNeil said Hudson, who worked for four members of Congress including former Rep. Robin Hayes before running for office, is “part of the Washington establishment.” […]

[…] “Our current representative has lived in Washington all his adult life,” McNeill said. “I’ve lived my entire adult life in Moore County in the 8th Congressional District. I work with folks in our district every day, live with them, go to church with them. Washington seems to be dictated by big money special interests and that’s not to the benefit of the 8th Congressional District. We’re not big money special interests.”

Hudson grew up in Charlotte and his family roots stretch back seven generations in the area. In his first race for Congress in 2012, Hudson’s Republican challenger tried to paint him as a Washington insider without success.

“It’s up to the Democrats to eventually choose their nominee,” Hudson spokeswoman Tatum Gibson said. “In the meantime, Congressman Hudson will continue to focus on bringing jobs to the district, rebuilding our military and taking care of our veterans.”

McNeill, a graduate of Appalachian State, is the president of McNeill Oil & Propane, which is headquartered in Aberdeen and has an office in Raeford. The company, founded by his grandfather, employs about 35 people.

McNeill said along with the national debt, health care is one of his top issues, noting that his company provides health insurance to its employees but fights with rising premiums.

“Every year it costs more and more for each person. In order to keep premiums down, the coverage goes down each year,” said McNeill, who is married and has three grown daughters and three young grandsons.

He said Congress talks a lot about health care, but hasn’t made progress on driving down costs, including for prescription drugs.

“I haven’t seen any proposals to really try to rein in the cost of health care,” McNeill said.

The Democratic Congressional Campaign Committee put the 8th District on its original list of targeted seats for 2018.

3 thoughts on “#NC-08: Moore County’s McNeill to take on Hudson”