Talk about getting off message. Dr. Joan Perry is all over the place to such an extent that you can’t figure out where she is going or what she’s talking about.

Her opponent Greg Murphy has been hitting her for saying she would vote with Thom Tillis and the Democrats to block President Trump’s declaration of emergency.  She said it on  Henry Hinton’s show.  (We have the video.) Despite the presence of the video that shows those words coming out of her moving mouth,  Dr, Joan claims she was misquoted. 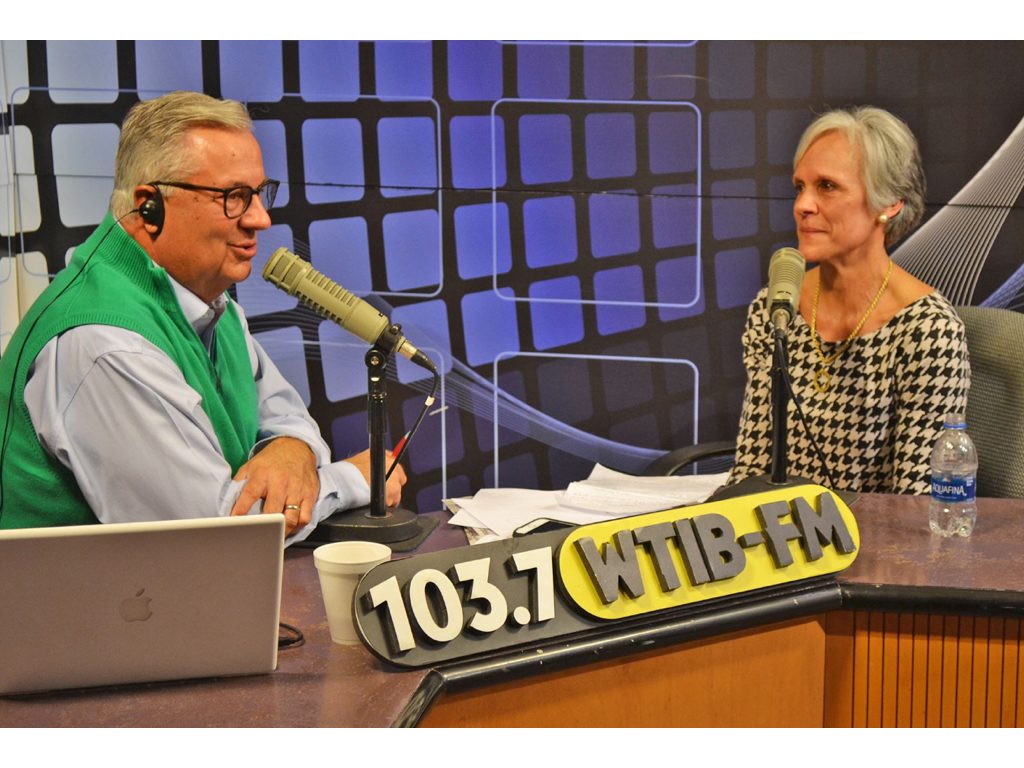 Here’s an excerpt from this latest email blast:

[…] Constitutional conservatives recognize that Congress should fund the wall and protect our border. That’s how we solve this problem for good, and that’s always been my position. After I researched the emergency powers of the President, I unequivocally supported his actions. I’ve said so numerous times. For anyone to say otherwise is a lie.

[…] He knows I have supported President Trump from Day 1 and agree with his decision to declare a national emergency. He knows I believe we must build a physical border wall. And he knows I’ve said we have a national crisis on our southern border. That’s why he should renounce this ad.[…]

But – but – but we have TAPE that says OTHERWISE.  Then, in the email, she takes off in  another direction on the same issue:

Now,  wait.  Didn’t she just get through telling us she was ALL FOR the state of emergency?  So HOW are the Freedom Caucus members having her “exact same concerns”?    (Oh, and the Freedom Caucus will not be on the Third District ballot.  Greg Murphy will be, though.)

Let’s look at the full article to see if the Freedom Caucus gang really and truly did have the “same exact concerns” Dr. Joan did.

It keeps going downhill.  She devoted a good chunk of this email to praising and defending retired congressman Mike McIntyre (D) — an unusual move for a Republican in a Republican primary or runoff:

[…] Greg Murphy should also know his DC insiders misrepresented my support of Mike McIntyre in 2012. Mike, Jimbo, and I have been in Bible studies together for over 30 years. He helped my husband start the Christian Legal Society at UNC-CH. Mike had the highest endorsement from the NRA and was endorsed by the National Right to Life for his 100% pro-life voting record. He voted against Obamacare and even voted against Nancy Pelosi in 2011 before my endorsement. That does not mean that I agree with all of Mike’s positions, but I know him to be a sincere Christian.[…]

I got Joan topped.  For most of his congressional career, Mike and I were members of the same church in Lumberton.  That didn’t mean I felt compelled to cut an endorsement ad for him.  (In fact, I worked hard against him every time he came up for election.)

Mike was conservative, relatively speaking, when you talk about the Democrat caucus alone.  At the time, congressional Democrats were giving the NRA hell for not endorsing Democrats.  So, Mike was a bit of affirmative action for them.   The only time he voted against Pelosi was when  she had a challenger within the caucus one year.  After the challenger was dispensed with, he got right back into Miss Nancy’s graces.

According to the American Conservative Union, here were McIntyre’s conservative ratings:

His lifetime rating?  49.63 percent.  NONE of that qualifies anyone as a conservative.  If he switched parties and kept voting like that, he would have been a very liberal Republican.

And her moaning in the email about “DC insiders” —  Dr.  Joan doesn’t want you to know she’s been trolling the halls of DC looking for cash.  (Ask Michele Nix about it.  I believe their paths crossed up there at least once.)

And let’s not forget far-left congresswoman Elise Stefanik (R-NY) who has publicly pledged to “max out” — give as much as legally possible to  Perry.

We’re not seeing or hearing much from Dr. Joan on the TV or radio these days.  Money must be tight. So, she’s GOT to amp up the hysterics to scare folks into opening their wallets.

2 thoughts on “NC-03: Utter hysteria in the email”