The political world is buzzing about this ad produced by Republican 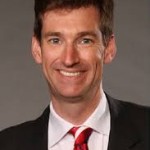 It’s succeeded in firing some people up — to the detriment of Griffin.  Here’s Jenny Beth Martin with Tea Party Patriots:

[…] “Taylor Griffin’s new campaign advertisement, ‘The Difference’ – in which he falsely claims Rep. Walter Jones ‘is taking the President’s way. Congressman Jones empowered Obama to cut a deal with Iran. Jones caved to Obama’ – is an outrageous distortion, and Griffin should be ashamed of himself fo

Wow.  An ‘outrageous distortion.’  Let’s find out more, shall we?:

“Let’s translate those votes into simple language, so even Mr. Griffin can understand:

“The first vote, for House Resolution 411, put the House of Representatives on record in support of the contention that
the President, by not submitting to the Congress certain side agreements he had struck with Iran, had violated section 2 of the Iran Nuclear Agreement Review Act, which directs the President, within five days of reaching an agreement with Iran regarding Iran’s nuclear program, to transmit to Congress the te
xt of the agreement and also “any addition materials relating thereto, including … side agreements, implementing materials, documents, and

“The second vote was a simple vote on the agreement itself, called the ‘Joint Comprehensive Plan of Action.’

“Rep. Jones voted AGAINST this resolution.

“The third vote was a vote to remove authority from President Obama to lift any sanctions against Iran – note the effective date, ‘to suspend until January 21, 2017,’ meaning the authority to lift sanctions would be available to the president who replaces Mr. Obama on January 20, 2017.

Martin also alleges that the basis for Griffin’s ad comes from a FOUR YEAR OLD letter — sent well before the 2015 deal with Iran was struck:

[…] “So how does Mr. Griffin arrive at his false conclusion? He relies on Rep. Jones’ signature on a March 2012 letter to President Obama, urging the President to pursue negotiations with Iran. That’s right, MARCH 2012. That letter was written THREE YEARS BEFORE the President’s bad agreement with Iran was signed. 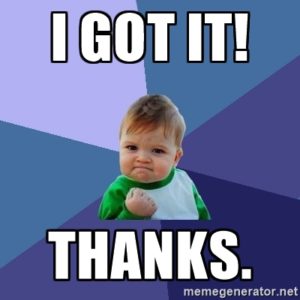 was not aware. For instance, Rep. Jones writes a letter of condolence to the family of every American serviceman and servicewoman fallen on the fields of Afghanistan and Iraq. Perhaps if Mr. Griffin read a few of THOSE letters signed by Rep. Jones, he’d have a better understanding.

“Mr. Griffin’s ad shows that he cares not for the truth when it comes to campaigning. We hope the residents of North Carolina’s 3rd congressional district remember that when it comes time to vote on June 7.”