For those of us who thought something funny was 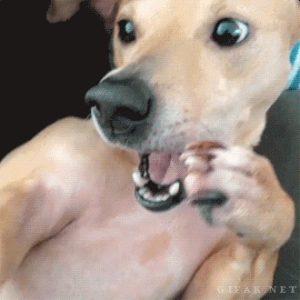 According to whois records — a database showing the ownership of various websites across the Internet — The Civitas Institute of Raleigh, North Carolina is — and has been — the owner of www.carolinaplotthound.com .  In fact, it looks like Civitas may have created the news site.  Records show the domain name was registered by Civitas in June 2012 — right about the time the Plotthound launched, if my memory serves me.

n William Pope Civitas Institute is primarily funded by businessman Art Pope. Pope is also behind the John Locke Foundation and believe to be behind (1) the elevation of Dallas Woodhouse at NCGOP, and (2) the mutiny against former NCGOP chairman Hasan Harnett, among other political shenanigans. Mr. Pope worked as Gov. Pat McCrory’s budget director, and remains a hugely enthusiastic supporter of the governor.

John Hood — apparently the only “conservative” the driveby media can find, as well as a promoter of Jim Martin and Phil Kirk as great “conservative leaders” —

as head of the John William Pope Foundation oversees the distribution of Art Pope’s cash.  Civitas — as you might guess, with the Pope name as part of its formal nomenclature — is a major beneficiary of Mr. Pope’s generosity.

We reported earlier — based on information from current and former employees within the Pope political empire — that Hood, on orders from Pope, has been aggressively using the Pope Foundation’s cash as leverage to control the editorial content at Civitas, Locke, and other like-minded organizations.   What does that mean?  Silencing criticism of Mr. Pope’s friend, the governor, and keeping the governor’s communications operation happy.

We used to be frequently highlighted on the Plobthound site.  We had — and, apparently, still have — many fans within the Pope empire.  But, apparently, someone with control of the pursestrings didn’t like our frequent pointing-out of ethical lapses and various strayings from conservatism over on Blount Street.  So, links to our stories began to creep from the Plotthound masthead, down the page, to eventually disappear into the ether.  (Personally, we think this is all due to a jealous fit by Mr. Hood.  He WISHES his stuff had even HALF the eyes on it that our stuff does.)

So, instead of promoting conservatism and government, the modus operandi in the McCrory era appears to be control what the people hear while a whole lot of Myers Park country club Republicanism and business-as-usual continues inside the Raleigh beltline.