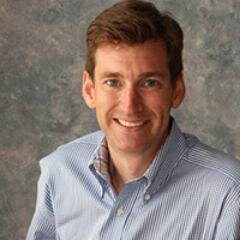 A bit of advice before going on Laura Ingraham’s radio program:  Put on your Big Boy / Big Girl Pants.   (Laura is tough.  She throws no softballs, and makes you defend every pause, comma and apostrophe.)

Griffin is painting himself as a “conservative” alternative to Jones.  Ingraham defended Jones, painting him as a solid social conservative with a more populist, Pat Buchanan-style Republicanism.

Of course, amnesty popped up in the discussion.  Ingraham pressed Griffin to clarify his position — given the fact that he is backed by some big establishment money that favors amnesty.  Griffin described himself as being “against blanket amnesty.”

”American citizenship is too precious to be given away as a political token,” Griffin told Ingraham.

The host pressed Griffin on whether illegal aliens — even those who qualify for the benefits of the DREAM act — should be deported.  Griffin said — under current law — he favors deportation of illegal aliens.  Even DREAMers.  Ingraham pointed out that position puts him in direct conflict with Sheldon Adelson, a Vegas-based billionaire who is all for amnesty for DREAMers and has dumped a load of cash promoting Griffin.

“The first thing we have to do is to get a handle on those living outside the system,” Griffin told Ingraham. “We’ve got to get them out of the country or into the system. We need some sort of normalization for people already in the country.”

Ingraham pressed Griffin on whether his views are closer to those of South Carolina senator Lindsey Graham or Alabama’s Jeff Sessions.

“I don’t want to put myself in boxes,” Griffin told the host in response.

But when the discussion turned to agriculture, Griffin began to sound a lot like amnesty supporter Renee Ellmers.  He brought up the talking point about how farmers cannot find enough help among native-born Americans.

“If you can’t afford to pay a decent wage to American citizens, you don’t deserve to be in business,” Ingraham said.

Griffin responded that forcing that issue will mean higher costs for consumers in their grocery shopping.

Griffin said some reform of the “social welfare net” needs to take place in order to put more low-skill workers out into the market for these agricultural jobs.  In the short term, Griffin said the government needs to help farmers out with guest workers.

“I am not going to have farmers’ crops rotting in the fields,” he told Ingraham.