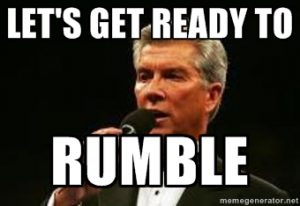 Craven County commissioner Scott Dacey made it official today.    Sources in Raleigh and DC confirm for me that uber-consultants Carter Wrenn and Paul Shumaker have been instrumental in pushing Dacey into the ring with Jones.  Dacey, a career lobbyist with a DC lobbying firm, has the potential and connections to raise big bucks — music to the ears of any political consultant worth his salt.

I am also told that Dacey is trying to recruit former Jones opponents Taylor Griffin and Philip Law to publicly support his effort against Jones — promising them jobs on his congressional staff if he wins.

Dacey, I am told, is pitching himself as “a conservative alternative” to Jones.  (Never mind that most raters of conservatism regularly place Jones in the state delegation’s top 3 or 4.)

Says one source of mine from the Third District:

“This guy is running around telling people he’s going to go up to Washington and give them a piece of his mind.  Be a voice for the little people, the voiceless.  But he’s been up there for decades wheeling and dealing on Capitol Hill.  He’s been a fixture on Capitol Hill longer than Walter Jones.”

As far as the whole “conservative alternative” argument goes — Dacey has been blasting Jones for voting down something if he doesn’t like a small fraction of it. His argument

goes something like this: “Why vote down something that is 80 percent good? Isn’t it better to get 80 percent rather than nothing?  It’s selfish to hold out for 100 percent of what you want.  That’s not how you get stuff done in Washington.”

A source in the Third District passed on a great story about a Dacey speech before a Tea Party group in the district.  Dacey fielded questions after his talk, and an older gentleman stood up to speak: “Mr. Dacey, I heard what you said about 80 percent or nothing.  I have a dish of candy right here on this table.  Let’s say I told you 20 percent of the candy in the dish was poisoned, while 80 percent was not.  Would you take a piece, if I offered it?”