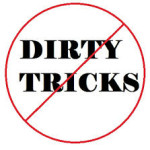 In an earlier post, we mused about how long it would take for “Pastor Randy” to show up in this congressional campaign.  For those of you not familiar with that particular episode from the 2004 GOP primary in the Fifth Congressional District, click here for a great summary (albeit from a leftist source).

It appears the dirty tricks — like the primary campaign — are starting earlier.  We had some posts on this site from someone ID-ing themselves as “Walt Edwards.”  They had a legitimate looking email address associated with the posts, so we had no reason to be suspicious.

The poster started off trying to sound neutral, but evolved into a very knowledgeable, very passionate defender and promoter of Kay Daly.  The poster also began 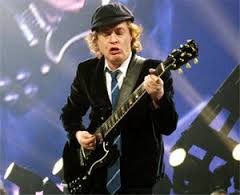 Well, we heard from the REAL Walt Edwards yesterday.  He and I happen to share a mutual acquaintance — who I happen to trust. The REAL Mr. Edwards said he didn’t post that stuff on our site, and wasn’t real amused that someone had used his name.  After verifying this gentleman’s identity, we removed the posts by “Walt Edwards” and blocked him from making any further ones.

We’re not going to level any specific accusations here, but the mystery poster’s passion for one candidate and serious animosity to all others in the race would appear to indicate where his allegiances lie.

I’m here to put the dirty tricks monkey-business crowd on notice.  This is NOT the place for you to play.  We aren’t interest

ed in a bunch of slander and wild accusations from people hiding behind fake names.  We do have SOME people posting here under aliases. Using aliases that could be construed to be actual living people is unacceptable. Some posters have access to great information — thanks to their positions or jobs.  We don’t mind providing them protection.  But they are required to make us aware of their real identities and to refrain from making statements that could become actionable.

When you post here — just like most other places on the Internet — you leave digital fingerprints that provide a lot of information that can be used to track you down. So, think about that the next time you get the urge to jump on our site and start slandering someone while under an alias.  I put my name on everything I write.  You should b 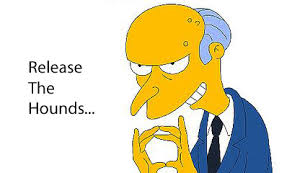 e grown up enough to do it too.

Adopting the identity of someone else — who happens to be living and breathing around these parts — is pretty low. We do our best to filter out nonsense among commenters, but occasionally stuff slips through.  For people who play by the rules, we don’t mind protecting and honoring confidentiality. For dirty tricksters. we won’t hesitate to out you.  THAT is a promise.