Yes, ladies and gentlemen.  The WORST kept secret in Raleigh — and 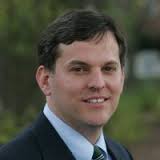 believe me there are a lot of contenders for that title — was splashed across the headlines this week.  State Senator Josh Stein (D-Wake) informed his buddies in the drive-by media that, yes, he IS running for North Carolina attorney general.  Stein joins his Senate colleague Buck Newton (R-Wilson) who jumped into the race months ago.     We’re still waiting for Paul Shumaker puppet, and — oh —  Forsyth DA, Jim O’Neill to publicl 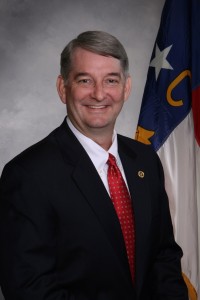 y announce his bid for AG.  Tat Democrat lobbyist / consultant who works out of Charles Jeter’s trucking company office is beating the bushes around the state, as we speak, trying to raise money for O’Neill.

Newton and Stein present some really stark contrasts.  You almost have to go back to the old Helms Senate campaigns to find a Democrat and Republican so different.  Josh Stein hangs out on the Karl Marx-Thomas Mills-Barry Obama wing of the Democrat Party.     (Blinking’ Chris Loooooooooooves Stein.  In fact, he’s so excited about this announcement, that he can’t bear to look.)

wton is clearly on the more conservative side of his caucus.

Newton talks about defending liberty and personal freedoms from the excesses of government.  Stein talks a lot about punishing people who have made a lot of money and created a lot of jobs and being a team player with the bureaucracy in Raleigh and DC.   Newton is small-town North Carolina, while Stein is the voice of the snide, Prius-driving, Starbucks latte-sipping public radio-listening, drum circle-digging Chapel Hill-Carrboro crowd.

Right now, it looks like Newton is on par to give North Carolina conservatives something to get really excited about in 2016.

One thought on “#campaign2016: Josh Stein FINALLY comes out”