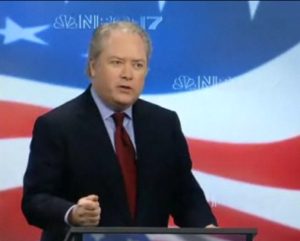 It’s time to vote on our US House representation this coming Tuesday.  There are a lot of big decisions to be made.  And we’re here for you. Ready to help.

In the re-formatted Second Congressional District, Republicans have three choices  — Greg Brannon, Renee Ellmers and George Holding.  It’s a predominantly GOP district, so the winner of the primary looks to get a two year stay in DC.

Let’s start with Renee Ellmers.  Anyone who has been reading this site for any time at all knows we find her completely unacceptable.  She has strayed so far from what she was when elected in 2010.  Renee enjoys DC waaaaaaaay too much.  She needs to be out of government.

George Holding is a pretty decent guy with a respectable voting record.  He’s easy to like personally.  All of the conservative ranking services find him at the top, or near the top of the North Carolina delegation.  That’s not saying there isn’t room to improve.  We wish he’d get some fire in his belly and be a lot less laid-back.  More Walter Jones, and less Rip Van Winkle.  I heard complaints from lawmen who dealt with him as US attorney that he was way too low-key, passive, and almost lethargic.  Many wished he would have been more aggressive — fought harder.  I hear a lot of the same frustrations from conservatives who have watched him in Congress so far.

Greg Brannon is on the opposite end of the energy scale from Holding.  He’s on a constant caffeine high.  I have no doubt about his commitment to conservative principles.  I do question some of his decision making.  He has stuck with the same advisory team that has led him through two straight US Senate defeats.  In his first House race, he’s stuck with the same strategy that drove him to those two Senate defeats.  Folks have tried to tell him.

I knew about th

e court case regarding misleading of investors.  We’ve written about it extensively since 2014.  Brannon lost an appeal of that decision earlier this year, but pledges to fight on. I learned — during the WRAL debate — that he also has a $175,000 debt to the IRS to pay off.  Two legal ordeals, plus a medical practice, and a large family to provide for — and you want to add a term in Congress on top of that?

Brannon has a lot of promise as a leader in the conservative movement.  But I honestly think he needs to get his personal life in order first.  It would be hard for him to effectively serve the district with those two legal matters going on.

We understand that current polling has Holding in first, Brannon in second, and Ellmers in third.  The Holding camp seems to reinforce that belief with their most recent TV ad reminding people about Brannon’s legal woes.

The idea here is to get Renee Ellmers out and replace her with someone more conservative.  Brannon AND Holding fit that bill.  But Holding has the resources and the momentum, and Brannon has two serious liabilities hanging over him.