The honorables in Jones Street’s upper chamber have passed a bill allowing for background checks on prospective public school teachers. 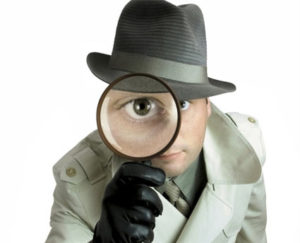 The Asheville drivebys are apparently taking credit for it.

Some in conservative circles are celebrating the bill as the legislators forcing the issue on the state Board of Education and the Department of Public Instruction — after years and years of those two agencies neglecting the issue and subjecting the state to embarrassing publicity.

But, after consulting with a number of insider friends on Jones Street, it appears the legislation doesn’t provide the ironclad protections for the kids it was said to provide.  Let’s consult page three of the bill, lines 20-24:

Soooo — the only people who get to see the findings are the state board.   And the findings themselves can be destroyed after ONE CALENDAR YEAR.  So, what’s changed? We can’t see the paperwork.  So, we have to take the government’s word a background check was done.  And that nothing serious was found.

I’m a big fan of the whole privacy thing.  The less the government knows about me and my business — the better.  But I believe that — if you accept salary and benefits from

the taxpayers — you forfeit some privacy.  We’ve got a right to know what we’re paying for.  Especially when it has access to our kids.

Keeping things hush-hush like this also creates and preserves wink-and-a-nod employment practices regarding the hiring of politically-connected candidates who may not have such a stellar and pure background.

(Imagine if we could run background checks on our politicians and the folks who help them run the government.)

FBI and SBI reports are another matter entirely.  Those contain interviews where people make all kinds of claims.  Some substantial, some not so.  Those are important to keep confidential.  Anybody can say ANYTHING in those documents.  The claims haven’t been investigated.  It may not be true. It may not hold up in court.  But if it hits the driveby media or the Internet, people will run with all day as gospel fact.  But this bill is only talking about checking databases of court records.  Not interviewing neighbors and former boyfriends or girlfriends.

You have a lot of liberals in Congress AND the legislature who are trying to put the kibosh on quizzing potential employees in the public and private sector about criminal backgrounds.  Why?   The sad truth NO ONE wants to talk about™ is that screening out folks convicted of crimes will exclude a lot of members of the protected classes of people the lefties depend on for their political success. 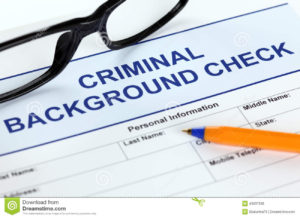 The standard in employment law right now is to ask about convictions, and not arrests or charges.  A lot of people get arrested and / or charged, but the charges get dismissed.

I talked with a friend who is a county prosecutor here in North Carolina.  He said his office has backed off of the idea of barring people with criminal convictions from serving on juries.  It’s getting harder, he said, to find enough people with clean criminal records.

People harp on the alleged necessity of background checks in gun sales.  The problem?  Most of the people who instigate these horrible mass shootings we hear about in the media had no prior serious convictions   A background check would have done no good.

This bill creates great headlines in an election year.  But, in the end, it doesn’t accomplish a whole lot.