There’s a classic book and a movie out there called ‘The Three Faces of Eve’ — focusing on a woman’s multiple personalities.  Here in the second congressional district, we’re ‘blessed’ with a representative who also apparently suffers from that same malady.  Let’s ID and discuss the three faces of Renee: 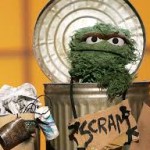