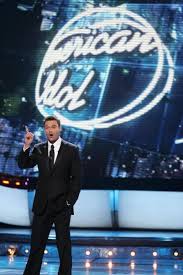 “Mr. Seacrest, can we get a THIRD option?”

THAT was the quip texted to me during Monday’s debate between Renee Ellmers and Clay Aiken.  Unfortunately, we’re not voting for the winner of a game show here.  We’re choosing someone to vote on our behalf amid the DC nonsense.  I am sure my friend was not alone in wishing there was a third choice sitting on that debate dais at The Pinehurst Resort taking questions from WRAL’s David Crabtree.

I am sure you’ve been waiting with baited breath for my analysis on this second-coming of Lincoln-Douglas. So, here we go:

David Crabtree.  First, I thought it was interesting that Mr. Crabtree and his station devoted a full hour to two candidates in a congressional race, but only set aside THIRTY MINUTES to four candidates in a US Senate debate. We last saw Crabtree at work during said Senate primary debate.  And it was quite a visual display of egomania. (I’ve never seen a political debate so centered on the moderator, himself.)

Crabtree was a lot more restrained this go around.  He actually got in a few good comments and questions — and, this time, let the candidates do most of the talking.  He did let slip with a few really egregious pieces of left-wing crap — claiming as fact that eight million people who did not have insurance prior to ObamaCare now had it.   (Never mind that a good chunk of those people had their prior coverage dropped — thanks to ObamaCare — and were forced into more expensive plans with less coverage.  Never mind that some creative bookkeeping was done — shifting some people off of the welfare rolls and onto ObamaCare, as well.  Never mind that ObamaCare is directly impacting the pace of hiring in this sluggish economy. )

“ObamaCare.  It’s the law.  That’s what the Supreme Court said,” Crabtree lectured the candidates. “Why is it still a political issue being put out there to shore up the base? Accept it.  It’s here to stay.”

Renee Ellmers.  It’s pretty clear that the GOP powers-that-be have advised all candidates to wrap Barack Obama around their opponents.  Thom Tillis is doing that in the Senate

race — and it is working *so well* for him. During the debate,  Ellmers criticized ” The Obama-Aiken economy” and referred to Aiken as, if elected, “a rubber stamp on many issues for Nancy Pelosi and Barack Obama.”

Aiken fired back at the quip about the economy saying that he has not been in Washington and has had no input in decisions that have been affecting the national economy.

”You need to get a new writer, Mrs. Ellmers,” Aiken said. “I am for the Second Amendment, securing the border, and fiscal responsibility.  What’s liberal about that?”

The rubber stamp comment got me thinking.  Ellmers has voted to raise the debt ceiling and to fund ObamaCare — two things that Nancy Pelosi and Barack Obama also wanted. She also voted to reauthorize the Export-Import Bank, which Nancy Pelosi and Barack Obama also wanted.   She’s advocated passionately for a “pathway to citizenship” for illegal aliens — something in line with what Obama and Pelosi also want.  It would appear that she has been utilizing that rubber stamp awfully hard lately.

Clay Aiken.  The Democrat got in a few good licks at the Republican.  He mentioned that she has gone on record referring to Speaker John Boehner as her “boss.”  (I wonder where he got that from? )

“The people of the Second District are my bosses,” said Aiken.”You need to listen to them, instead of waiting for instructions from your party bosses in Washington.”

Aiken also pointed out how her foreign policy views tend to follow those of Boehner.  Boehner started off being against ground troops in the fight against ISIS, he pointed out, and Ellmers was too.  Then, Boehner comes out for troops on the ground, and — magically — so does Ellmers. 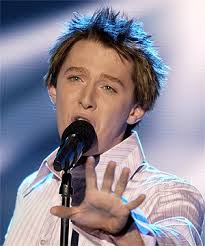 Aiken also took some shots at Ellmers on the issue of ObamaCare.   Ellmers described it as ” a bad law that needs to be reformed.”   However, she lobbied hard against efforts by Mark Meadows (R-NC) and Ted Cruz (R-TX) to use a continuing resolution as leverage to defund ObamaCare.  She even went as far as bringing research discrediting the Meadows-Cruz tactic to a marathon town hall meeting in Pinehurst.

“You took 55 votes in the House to repeal ObamaCare, a move you admit had no chance to go anywhere,” said Aiken. “Those were 55 missed opportunities to fix this law that is hurting so many people out here.”

Aiken even presented an anecdote from a man in Sanford who talked about how ObamaCare mandates are about to bring down his business.

Aiken came out as against deportation of illegal aliens — suggesting that it would be too expensive AND harmful to the economy in places like Siler City, where — he said — half the population is Hispanic.   He pointed out that amnesty — as tried in 1986 — was a miserable failure.  That was contrasted with Ellmers who favored letting illegals pay a fine and stay here legally if they are working and being good citizens.