Renee Ellmers’ Democrat challenger Clay Aiken has been throwing around the word “incentivize” a lot lately — on topics ranging from economics to education.

“Incentivizing” can have a different meaning for you depending on your political ideology.  Leftists, socialists, Keynesians and that ilk believe it is necessary for government bureaucrats to nudge us in one direction or another to give us an incentive to do what they think is best for us.  Conservative or libertarian thinkers see the scaling back of government as the best way to incentivize people.

Mr. American Idol is running as a Democrat — so that might give us a hint as to which view he has on “incentivizing.” But in recent public appearances, Aiken has claimed he is an independent-thinking Democrat along the lines of the retiring Mike McIntyre.  We’ll see.

In a speech to the Moore County NAACP, he talked about ”incentivizing” young people to foresake teaching jobs with bigger salaries in bigger cities and to instead teach in their hometowns.  Raleigh has a higher cost of living than Vass. 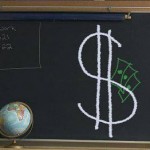 New York City — which regularly pays six figure salaries to their teachers — has a much higher cost of living than even North Carolina’s largest cities.  A low-six figure salary in NYC can give you buying power equivalent to that of someone making low-to-mid five figures in North Carolina.

We’ve got government programs in place like Teach For America and Teaching Fellows.  Hopefully, Clay is talking about freeing up more cash to pay teachers by slashing public education bureaucratic overhead.

In a recent radio interview in Moore County, Aiken cited President Reagan and praised the earned income tax credit (eitc) as an incentive to get people back to work.  Actually, the EITC has its origins in the 1920s — the brainchild of DC Republicans and then-Treasury secretary Andrew Mellon.  It was repealed in 1943.  In 1975, President Ford brought it back.  The EITC was souped-up in the disastrous 1986 Tax Reform Act  — a bad deal forced on the Reagan White House by liberal Republicans and Democrats on Capitol Hill that ushered in a recession and helped Democrats retake the US Senate after six years in the minority.

[…] Advocates of the EITC in the 1970s made two principal arguments. First, rising payroll taxes meant that many low-income workers now paid more of these taxes than they paid in income taxes. But it was impractical to cut their payroll taxes because there was a strong tradition of having a single tax rate that every worker paid on the first dollar of earnings. Supporters of Social Security viewed this as essential to the structure of the system, so that workers would view the money withheld as a “contribution” rather than a tax. Moreover, Social Security’s finances were precarious in 1975, having required a big tax increase just two years earlier.

Second, EITC supporters argued that because the credit would be available only to those with earned income, it would reinforce work incentives and help get people off welfare. By making the credit refundable, it would offset the disincentive effects of higher payroll tax rates, which had risen from 4.8 percent on workers and employers in 1970 to 5.85 percent in 1975. The legislative history makes clear that Congress and the White House both viewed the EITC as a de facto payroll tax cut, not a welfare program.

In the 1980s, Ronald Reagan supported a big increase in the EITC rate from 10 percent to 14 percent. In 1990, George H.W. Bush supported a further increase. But it was not until Bill Clinton’s administration that the EITC really became an all-purpose welfare program. As a result, spending shot up. The refunded portion of the credit, which is scored as direct spending in the budget, rose from $10 billion in 1992 to $26 billion in 2000. Even before welfare reform significantly reduced outlays for Aid to Families With Dependant Children, the federal government’s principal welfare program, the refunded portion of the EITC was greater. Now it is two and a half times greater.

Despite the exploding cost of the EITC, Republicans in Congress created another tax credit in the 1997 tax bill. The child credit was intended to make it easier for mothers to stay at home and raise their children, rather than work outside the home. Although not refundable at first, it was in effect refundable for many because it increased their EITC payments. In 2001, the child credit was made explicitly refundable. Shortly, Congress will likely increase its refundability still more.

And because of refundability, 100 percent of the payroll tax is also offset for those with incomes below $20,000. Those with earnings below $10,000 pay no income taxes and get a check from the government for 2.6 times their payroll tax liability.

Some now worry that having so many citizens free of taxation is a threat to democracy. In principle, there is nothing to stop them from voting themselves larger and larger benefits at the expense of the taxpaying class. […]