The N&O is officially inserting itself into the 2016 campaign — 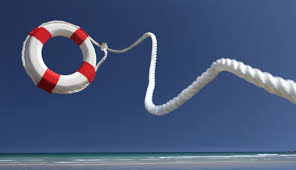 making all kinds of in-kind contributions to its beloved former Raleigh mayor Charles (*Slobber, Swoon*) Meeker’s campaign for state Labor Commissioner.  (For what it’s worth, Meeker could put you to sleep while screaming curse words at you. Not an exciting guy.)

The newsroom is normally very enthusiastic about women in high office (see Hagan, Kay; Cowell, Janet; Perdue, Bev, et. al). But not this year.  Incumbent (country club) Republican labor commissioner Cherie Berry has let them down.  I’m sure they were convinced she’d be an activist when she assumed the office. But the department, under her reign, has been very laissez-faire.  And to the Prius, skinny-mocha latte, NPR crowd on McDowell Street, THAT is a BIG no-no.

On the other hand, the newsroom appears to be trying to save embarrassment-in-a-skirt Renee Ellmers.  Every one of her elections has been a lot of drama.  Yet, she keeps surviving.  Though, her luck may be running out this year.

peeved at Ellmers over her FIVE YEARS of LYING to them. She campaigned as a Tea Partier — promising to aggressively assault ObamaCare, runaway federal spending, and illegal immigration.  Yet, since she got in, she’s been a consistent voice FOR amnesty, FOR increasing the federal debt AND the level of spending, AND the funding of ObamaCare.

That’s an interesting story.  Yet, the N&O decided to dispatch one of the newest dingbat newsroom residents to fabricate a story about Elmers’s rivals keeping the McCarthy-ism story alive.   The reporter-ette gets quotes from Ellmers opponents addressing the McCarthy issue — ONLY BECAUSE SHE ASKED THEM ABOUT IT.

I am, um, *blessed* to be an Ellmers constituent.  I can tell you that — other than a few bawdy locker-room comments — NO ONE is talking up that story.

Jim Duncan, Elmers’s leading challenger, is sending out releases blasting her for taking more than half a million bucks from out-of-state PACs.  (Her PAC haul vastly outnumbers her take from people actually living in the district.)  He’s also blasted her for saying one thing in the district, but doing something totally different in DC.

Kay Daly has aired a hard-hitting ad highlighting an Ellmers voting record out of touch with the party platform AND the average  voter back home.

The Second District is overwhelmingly Republican.  Ellmers and her squishy voting record are the best the N&O and its disciples can hope for. So, they’re apparently going to pull out all the stops to try and save her.  *Look at these white men trying to smear poor Renee with these slanderous, b

Along that line, The Politico is picking up where the N&O left off and targeting Walter Jones for supposedly fanning the flames of McCarthy-ism.   If they get their way, they will turn Jones into Ken Starr.

Jones DID NOT start this.  The rumors have floated around DC since 2011.  A California-based web site broke the story in JANUARY.  The site ran it again in October when McCarthy looked good for being the next speaker.  And all hell broke loose.

The McCarthy-ism is basically the last straw for a lot of Nee-Nee’s constituents.  She has few people skills. She’s screamed profanity at constituents.  She’s lost her cool on the radio. She’s got horrible constituent service. She campaigns on the taxpayer dime. She’s played fast and loose with campaign finance regulations.  And she’s lied to her constituents on her voting record.

If the drive-by dunderheads want to focus on the sex rumors, that’s fine.  And a shame.  There is so much more out there on Ellmers and this race.  There is so much more that could be done to provide a public service to their readers and viewers.  But it appears that saving another off-the-reservation Republican — just like with Jim Black-embracing Richard Morgan — is at the top of the agenda.

8 thoughts on “#nc-02: Drive-bys scrambling to save Nee-Nee”