They applaud SEANC leader Dana Cope when he bashes Dan Forest and Richard Burr.  But if he dares to speak out against a cherished lefty institution like Moral Monday, those peace-loving lefties go on the attack.  Witness the latest from Twitter: 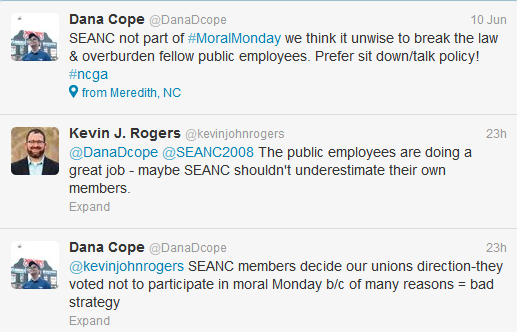 Cope actually does McClatchy and WRAL’s job FOR THEM.  Those two entities have been working overtime to convince us that there are nooooooooo outsiders involved in Bill Barber’s carnival sideshow on Jones Street.   Cope exposes that spin for the nonsense that it is: 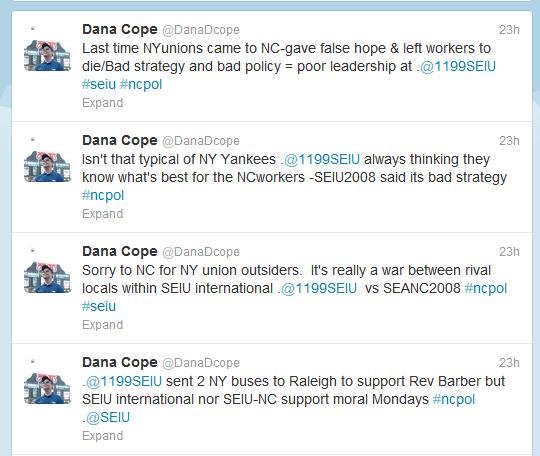 Liberals LOVE to proclaim their devotion to Freedom of Expression and Diversity.  To those folks — you are  FREE to EXPRESS only what they approve of.  I guess diversity is cool when it comes to race and gender — but not for opinions.

One thought on “(Moral?) Monday: SEANC leader steps off liberal plantation and into the line of fire on Twitter”