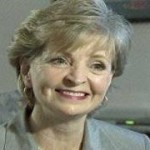 I am starting to believe that the plastic surgeons have stretched June Atkinson’s face so tight that it is putting pressure on her brain and degrading her motor skills.

The godmother of the K-12 public education bureaucracy here in North Carolina has teamed up with the transcribers at McClatchy  to ridicule and deride state senate president pro tem Phil Berger’s efforts to retain third graders who are not performing at grade level:

Everyone wants kids to read at grade level or better. But who’s responsible when the plan to reach that goal is extraordinarily unpopular?

The new requirement that most third graders show they can read at grade level before promotion is making kids, teachers and parents miserable.

And your source is …. the NCAE?  Ben Ray?   How are those same folks feeling about Common Core?

Senate leader Phil Berger, champion of the Read to Achieve law, and June Atkinson, state Superintendent of Public Instruction, are at odds over what caused the misery.

The Republican Berger said the state Department of Public Instruction, run by the Democrat Atkinson, botched the law’s implementation.

Atkinson says the law needs to be changed and that she’s going to recommend that the legislature remove the requirement that students who aren’t reading at grade level (and don’t get a pass for some other reason) get extra help with their reading while still being promoted to fourth grade.

Letting kids advance who are not achieving is NOT a good thing.  This letting-it-slide mentality will keep happening each year until these kids are handed a diploma they can’t read and sent out into the cold cruel world.  I’ve seen way too many of these people in the community college classes I teach.

Moving the kids through the system — keeping the pass rates high — keeps the federal cash spigot open.  But how does it benefit the kids or the taxpayers in the community?

Heightening the anxiety over a new law affecting thousands of students is the high failure rate on last year’s end-of-grade test in reading. Districts are worried that they’re going to be running “summer reading camps” this year for many more students than they anticipated or can afford. That worry triggered many districts to prepare to give third graders an alternative assessment – 36 mini-tests to be taken over the next few months. Those mini-tests soak up a lot of time, and school superintendents say the reading passages and questions are too hard for third graders.

Attention, educrats:  Your job is not self-esteem, diversity, kumbaya and all that.  It is ensuring that the kids can read and write so that they can be productive citizens when they leave your hallowed halls and go out into the world. If you can’t take care of that in nine months, YOU are failing in your primary mission.

Legislators questioned Atkinson about problems at a committee meeting last Tuesday, and Berger followed with a letter to Atkinson on Friday, thanking her for agreeing to fix the problems DPI created.

“Thank you for taking responsibility for the problems associated with DPI’s implementation of the Read to Achieve program and committing DPI to work quickly to solve the problems brought to light Tuesday,” the letter said. “I look forward to seeing the program implemented promptly and successfully.”

Though Atkinson said the grading of mini-tests may change so students who get at least 70 percent in a batch of 15 questions can pass, she said DPI is not responsible for the Read to Achieve stumbles.

“I believe that there are provisions of the Read to Achieve law that are not in the best interests of our children learning to read, and consequently, when people have pointed those out in letters and emails, it is very easy to point the finger at the Department of Public Instruction or at a local school district,” she in an interview Friday.

Rather, she said, the law needs changes. An advisory group she convened has recommended changes to the law, many of which Atkinson discussed at the committee meeting last week.

On Friday, she added that she wanted the legislature to remove the cornerstone of the law – retaining third graders who aren’t reading at grade level. Calling retention “a 20th-century artifact,” Atkinson said students should be promoted to fourth grade and get extra help to get caught up.

Wow.  So, promoting people through the system regardless of their performance is a good thing?  Well, it’s done all the time in the state and federal bureaucracy.  Look at how *great* those institutions function.

More than two dozen school districts are asking this week for the State Board of Education to approve local alternative tests so students who do well on those but still don’t pass the EOG can avoid summer reading camp and go on to fourth grade. If the board approves the alternatives, school districts – and third-grade classrooms – may shift out of crisis mode.

I have an idea.  How about telling these people to (1) stop whining, (2) stop hiring six-figure central office bureaucrats (3) back off of classroom teachers and let them teach,  and (4) start re-directing  that  money wasted on central office nonsense toward the classroom and people who actually TEACH?