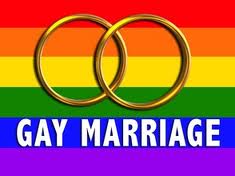 First it was Renee Ellmers.  Now, it’s John Locke Foundation president John Hood.  We’ve had a mini-outbreak of alleged conservative leaders throwing in with the left to help throw North Carolina’s conservative grassroots under the bus.

The N&O recounted a recent column by Hood:

John Hood, the president of the conservative John Locke Foundation, has weighed in against the constitutional amendment banning same sex marriages.

In a recent column, Hood writes that neither the Foundation or he personally get involved in social issues, focusing on fiscal and economic matters. But he decided to make an exception after a free lance contributor to the Locke Foundation’s Charlotte blog used an offensive post involving President Obama attacking the president’s stance against the amendment.

“As it happens,” Hood writes, “JLF(John Locke Foundation) staffers and contributors have a wide range of views on social issues, including the marriage amendment. Some support it, based on a heartfelt moral or religious convictions. Others oppose it, including me.

“I think amending North Carolina’s constitution to forbid gay and lesbian couples from receiving any future legal recognition, including civil unions, is unwise and unfair,” Hood writes. “In my opinion the real threat to marriage is not the prospect of gay people getting hitched. It is the reality of straight people too quickly resorting to divorce, or never getting hitched in the first place.”

Hood then goes on to say he believes it will pass and calls for a civil discourse on the issue.

The Locke Foundation is a Raleigh-based think tank started by Raleigh businessman Art Pope. It has long had small-government, libertarian leanings.

So, it’s now clear that, if you work for Hood and The N&O and the leftist community attack you, Hood will throw you under the bus in a heartbeat.  <sarcasm>We all know how *important* it is to pacify The N&O.  Their newsroom can *absolutely KILL* you with conservative donors. </sarcasm>
Next, if Hood wants to claim libertarian purity, he should be for getting government completely out of the institution of marriage.  But instead, he’s FOR government drastically altering the institution.
Hood follows the lead of Ellmers, The N&O and the rest of the leftists in misrepresenting what Amendment One says.  One more time, here is the text of the amendment:

Marriage between one man and one woman is the only domestic legal union that shall be valid or recognized in this State. This section does not prohibit a private party from entering into contracts with another private party; nor does this section prohibit courts from adjudicating the rights of private parties pursuant to such contracts.

So, gay “couples” can sign contracts leaving each other their belongings upon death.  They can sign agreements allowing for visitation at the hospital.  They can sign powers of attorney.  They just can’t claim they are “married” JUST LIKE Jack and Jill down the street.
John, do I really have to explain to you how Jack and Bill getting ” married” is different from Jack and Jill’s situation?
There was no good reason to come out and do this publicly. Maybe John was scared of falling out of favor with the Raleigh establishment — getting left off of some cocktail party invite lists.
Instead of aiding and abetting the left in sticking it to people with traditional values, people like Ellmers and Hood need to educate the public on Barry & Bev’s economic catastrophe and to help fight for remedies.
Stuff like that this makes it CLEAR that we grassroots conservatives– outside the DC Beltway and the Raleigh beltline —  are ON OUR OWN.