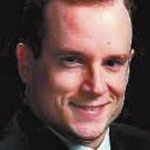 THAT –my friends — is sarcastic repartee in the vein of what one might expect from an admirer of Lord Shaftesbury-FancyPants of 16th century England.  It’s also a not-so-veiled slap at Trump. That remark brought out some Trump defenders: 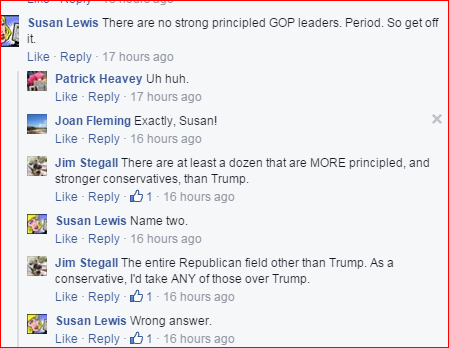 That raised the dander of the guy who – among other things — has called for state installation of tracking devices on our cars for the purposes of taxation, has praised Pat McCrory as a conservative hero and is currently peddling a book suggesting the same of Jim Martin: 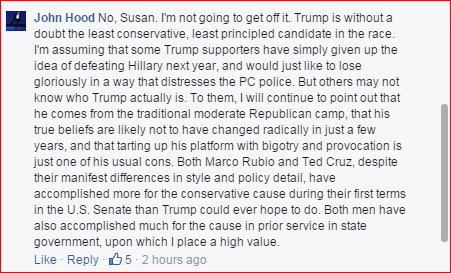 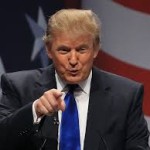 “{T}arting up his platform with bigotry and provocation is just one of his cons.”   Bigotry?  Seeking to firmly secure our southern border is bigoted?  Wanting to clamp down on Islamic immigration when we’ve seen what it has wrought in London, New York, DC, Paris, San Bernadino and scores of other places around the world is BIGOTED ???   (Nope.)

Jimmy Carter clamped down on Iranian immigration near the end of his term.  MEXICO is much tougher on immigrants than we are toward Mexicans who sneak into our country.

If little John is right, then he is literally surrounded and overwhelmed by BIGOTS.  Polls show the American people — and the GOP primary electorate — firmly behind the positions Trump is advocating on immigration.

I guess,  for young Mr. Hood, keeping the Raleigh and DC cocktail party invites flowing is a lot more important than saving the country.

3 thoughts on “John Hood: Donald Trump is a BIGOT”