Richard Hudson, the former CEO of Cabarrus Marketing who currently represents North Carolina’s 8th district, says the passage of the CRomnibus was a great victory in the fight against amnesty and ObamaCare.  Seriously.  (No, seriously.) Here he is following in the footsteps of that other great Tar Heel statesman –er, statesperson — Renee Ellmers:

Our country is at a critical crossroads, and we must ensure that when we face the tough choices, we are making fiscally responsible, intelligent decisions to promote more good-paying jobs, to move our economy forward, and to make life better for folks across America. I ran for Congress knowing that I would face plenty of tough choices. As your Representative, one of my top priorities is listening to your concerns and needs, and being a voice for our district’s priorities as I consider these difficult decisions. This week, I have received countless calls, messages and posts on social media from a lot of folks back home. I want to take a minute to explain my vote for the spending bill that passed the House on Thursday. Rest assured, I’m committed to stopping President Obama’s illegal executive amnesty, and I believe this plan is the best strategy to accomplish that goal.

But you voted to fully-fund ObamaCare and amnesty.  So, are you telling us you have a commitment problem? MORE:

In addition to setting the stage to block the President’s unconstitutional actions to grant amnesty to millions of illegal immigrants, the bill we passed takes necessary steps to implement conservative reforms that root out government waste and ensure that our tax dollars are used wisely and responsibly.

What conservative reforms? Like giving Barry money to spend on amnesty and ObamaCare?  Putting us at risk of another financial crisis?  Knocking us up to $18 trillion in federal debt? More:

While I recognize that it’s not perfect, this bill keeps the government functioning while scaling back our bloated bureaucracy and saving taxpayer dollars. It advances conservative reforms that cut spending to $50 billion less than the first Ryan budget, ensuring that our taxpayer dollars are used wisely and responsibly.

Just as important as the spending cuts, there are significant conservative policy wins that put our shared priorities first.

It cuts discretionary spending to pre-fiscal year 2008 levels and protects North Carolina jobs by reducing funding for departments like the EPA and IRS, decreasing EPA staff to the lowest levels since 1989 and rolling back IRS spending to 2008 levels. Further, it keeps bureaucrats off our backs by blocking the EPA from regulating irrigation ditches and taking away our lead ammo. It also provides no new funding for Obamacare and cuts $10 million from the Independent Payment Advisory Board (IPAB) – an unelected board of bureaucrats appointed by Obama to ultimately make decisions about what kind of healthcare we can – and can’t – have.  Further, it blocks the UN Arms Treaty that would potentially trample our Second Amendment rights.  These conservative provisions are essential to bolster job creation and keep the government from trying to regulate every part of our lives.

But you’re NOT stopping the ObamaCare beast from destroying the best healthcare delivery system in the world and breaking our bank. You’re NOT stopping Barry Obama’s attempt to turn us into another Third World outpost via amnesty. Ol’ Rich is talking the same stuff that Renee did on Lumaye’s show.  Maybe she should have tried submitting her B.S. in writing, like Rich did, rather than trying to present it orally on the radio.  MORE:

Like you, I am completely fed up with the President’s repeated abuse of power. By bypassing Congress to unilatera 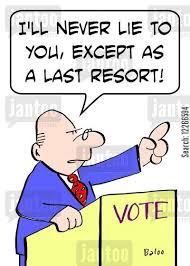 But you STILL voted for legislation that gives Barry a pass on his illegality.  Not much of a commitment there, Rich, ol’ buddy.

My ultimate goal is to block the President’s unconstitutional executive actions, and this bill is a step towards accomplishing that. It will fund our government for the rest of the fiscal year, but only funds the Department of Homeland Security (DHS) – the agency responsible for implementing President Obama’s illegal amnesty – until February 27, 2015. This bill responsibly avoids a government shutdown, fulfilling our constitutional duty and empowering Congress to dismantle and defund the President’s illegal amnesty when Republicans take over the Senate in just a few weeks.

But it’s a CR.  And, like Renee says, Barry can do anything he wants with the money you guys give him for DHS. MORE:

Make no mistake, President Obama would have benefited from a government shutdown. It would have strengthened his hand to move forward on his illegal amnesty because in the event of a shutdown, the President decides how our tax dollars are spent and picks and chooses which government programs remain operating. He would have continued to put American workers and families last, denying our troops the pay they deserve and putting our security at risk, shuttering our national parks and monuments – just like he did last fall during the last government shutdown – all while still issuing visas to illegal immigrants.

What you voted for won’t even slow him down on that whole visa thing. MORE: 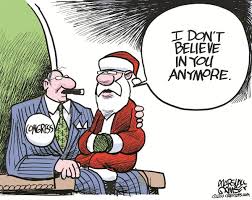 Folks, I don’t work for the President  –  I work for you. I came to Congress to stop his liberal agenda and help turn this country around by promoting commonsense, conservative solutions. I’m not going to back down from the fight, but we have got to have patience to accomplish our goal. In a matter of weeks, the new Republican-controlled Congress will send President Obama legislation that forces him to make a choice: does he stand with the American people, or does he continue to push his illegal executive amnesty?

It’s not clear who you work for, Rich.  Voters sent you guys back to DC with a clear mandate to STOP OBAMA.  Yet, here you are giving him a free hand to work his amnesty mischief, and approving some sweet deals for your bank and Wall Street buddies / donors.

11 thoughts on “Hudson: CRomnibus a great victory in fight against O-Care, amnesty”