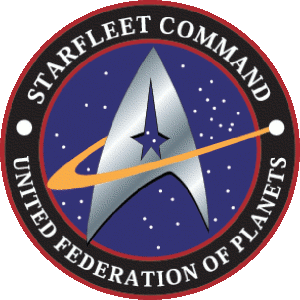 Thom Tillis and his team in the state House have pushed through a voter ID bill, but Jay DeLancey is NOT IMPRESSED:

First, security. The law abandons the secure production process used by the DMV and instead adopts uncontrollable production standards from 17 public universities and 60 community colleges. In addition to forcing every poll worker in our state’s 2,000-plus precincts to become document experts on non-standardized photo ID cards from 77 schools, the workers will also have to spot a fake ID card from any of those schools and deny the voter access to the ballot box.

Second, amnesty. As if to curry favor from the non-US citizen vote, the law will allow the use of any expired NCDLs that were issued before proof of citizenship was required at NCDMV. In fact, the law accepts (as valid ID) all of those NCDLs that were defiantly and openly issued to tens of thousands of undocumented aliens back in the 2003-2006 time frame. A quick check with two different banks confirmed that Homeland Security regulations prohibit the use of expired licenses for all financial transactions, but the party that promised to clean up election fraud in North Carolina is about allow those expired ID cards for voters and tens of thousands of these new voters will suddenly appear on the rolls.

Third, the Legislature’s bureaucratic approach will not institute the ID requirements (weak as they are) until after the 2014 elections. Given the first two lethal blows, this third one just serves as a kick in the stomach to all the volunteers who worked so hard to elect reform-minded politicians statewide.

Hoping the Senate might be a voice of sanity on this matter, I approached a highly placed Senate staffer and lamented the “fraud-friendly” provisions in the House committee bill. He just laughed.

Jay — the boss over at The Voter Integrity Project—  says fingerprinting is a serious solution that legislators need to examine and act on:

Require one of only four documents (an NCDL, NC non-operator’s ID, a passport and a military ID card) to be used as valid ID and allow affidavits for those not having them . . . with one teeny tiny extra detail: Just as our bank requires a fingerprint from non-customers wishing to cash a check, those affidavits should require the same safeguard. The fingerprint system I tested is widely available and is so simple to use that bank tellers use it every day, all across the nation and poll workers would have no problems.

The affidavit (with fingerprint) would draw objections for a number of reasons; but with one exception, all can be easily overcome in time for the 2014 elections.

Here are a few examples:

Cost. I just ordered six “Identicator” Touch Signature Pads (same brand used at my Wells Fargo branch) for less than $6.00 a piece. Putting one in all 2,000 NC election precincts would cost around $12,000; but that’s before the State negotiates a bulk discount. Even without a price break, the cost is low enough to enable full implementation before the next election.

Ease of use: I tested it at my bank today and can support their website’s hype: “Fingerprints consistently transfer clearly and uniformly on any paper; Fingerprints dry instantly, preventing smearing; Ink utilizes nontoxic, pharmaceutical grade chemicals.”

Demeaning the voter:  At the risk of sounding like a stock holder (which I’m not), it amazed me that my finger was not discolored afterwards. While the ink on my finger was dark, it all transferred to the page. I asked the teller how that worked and she said there has some sort of lotion in the ink.

Infringing on voter rights: The courts have consistently ruled that valid ID is not an additional “requirement,” as opposed to a poll tax or a literacy test; but a fingerprint is even less a burden than an ID card. Also, any affidavit-signing voter without an ID card would NOT be required to return to the polls with proper ID, so credible objections are even harder to conjure up.

Violating the privacy of voters: Since the name of the voter is already a matter of public record, that too would be a tough objection to deliver while keeping a straight face.

Real-time vote fraud protection: Okay, this is a weakness, but not a deal killer. People who vote more than once will have left solid evidence at the scene of each crime, so a fingerprint would serve as a deterrent.

Lefties have been trying to tell us that the legislature DOES NOT NEED to do anything, because voter fraud is not a problem.   But a lefty hero, McClatchy’s Rob “RielleWho?” Christensen, has stepped up to admit that there HAS been a serious problem with voter fraud.

It’s harder to buy a cocktail or a firearm than it is to vote.  Anyone else see a problem with this?

Some may be surprised that the GOP state House would turn out such a weak piece of legislation.  Something to consider:  the “machine politics” Rob talks about is a bipartisan phenomenon.   Republican AND Democrat politicians in the ruling class establishment pay to have voters hauled to the polls  with pre-marked sample ballots.   Political machines exist to keep their favored people in positions of influence to keep the favors and the moolah flowing back home.   Whatever HAS to be done to keep the spigot flowing IS OFTEN DONE.

5 thoughts on “Here are my United Federation of Planets credentials. Can I vote NOW?”