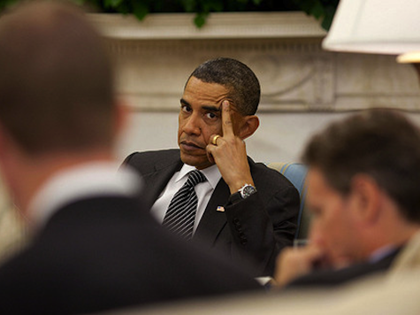 It’s amazing how Americans have sat by and allowed the statists in DC to ignore, rewrite and basically stomp all over the specifics of the U.S. Constitution.  That document says all spending and taxation bills originate in the House, go to the Senate, and then to the President for approval.   This recent ‘fiscal cliff’ package started out as private talks between John Boehner and Barry, then got hammered out as a result of negotiations between Mitch McConnell and Vice President “Plugs” Biden.

The Supreme Court pulled “a right to abortion” out of the Fourth Amendment prohibition against unreasonable search and seizure.   A good chunk  of the federal bureaucracy — by its very existence — violates the Tenth Amendment to the Constitution. Oh, and try exercising your Fifth Amendment rights against self-incrimination in a federal courtroom.  The Justice Department and federal judiciary have ways to come back at you that would make any banana republic dictator proud.

The statists are granting rights and privileges, normally reserved for bona fide citizens, to illegal aliens and Gitmo terrorists.   The constitutional right to vote has been turned into a huge joke, thanks to the ardent resistance of statists to the very simple, very reasonable proposal to check voter ID.

Barry and his minions have made it clear that the Second Amendment to The Constitution is now in their sights.   Even though there is a clear process for altering the provisions of The Constitution, former “constitutional law” professor Barry-O is planning to shred the 2nd with a bunch of executive orders.    He describes his actions as “common sense” gun control provisions.

The media is stepping up to provide a chorus to Barry’s soliloquy.  On one of the morning shows, you had a chorus of kids from Newtown, Connecticut singing Judy Garland songs and talking about “healing” the victims and families of the town’s school massacre.  That’s nice.  But how could Washington have prevented what happened there?  The perpetrator stole guns legally and lawfully purchased and registered by his mother.  He, himself, had no prior criminal record.  There was no probable cause for the police to detain the perpetrator or to institutionalize him prior to the massacre.   This is a shameful, despicable attempt by the left to hide their constitution-shredding power grab behind some murdered children.   These are the SAME people who fight to kill off the death penalty and passionately support politicians and judges who coddle criminals.

If taking away guns and declaring “gun free zones” is such a great idea, why not do it at the U.S. Capitol and The White House?  It’s been done in New York City, DC, Chicago and Los Angeles.  How’s the violent crime rate in those places?

Barry’s accomplices in this shameless bit of authoritarianism have suggested that Americans don’t need this weapon or that weapon for “duck hunting.”  I hate to break it to these people, but our Founders did not have duck hunting in mind when they crafted the Second Amendment.  The memory of British soldiers kicking in doors of American homes searching for weapons that might be used in a rebellion was quite fresh in their minds.  The Second Amendment was — as it is now — all about giving average Americans some leverage against the tyranny of government.

One thought on “Heads Up! Barry wants your guns.”