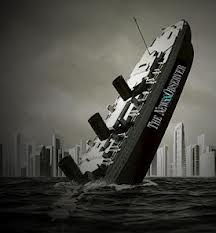 The McClatchy Gang has shoved Rob Christensen to the forefront to proclaim — with a somewhat straight face — that Gov. Pat is crazy for saying the state needs a turnaround because everything is FINE in North Carolina.   Oh, yeah. Bev backed out of running for reelection because everything’s GREAT.

(Rob’s spin here reminds me of  THIS fine piece of acting by Kevin Bacon.)

The state’s unemployment rate has consistently been at least a percentage point above the national average.  No. We don’t need a turnaround. Everything is GREAT.

We’ve got the highest gas tax burden in the southeastern United States.  We’re billions of dollars in debt to the federal government (which, by the way, is TRILLIONS in debt to a lot of other people).    Yeah. Everything’s FINE.

Rob wants to cite the Triangle as an example of how great the state is doing.  State government has grown its ranks by about 20,000 since 2004.  RTP is loaded with companies — incorporated elsewhere, fat and happy with free utilities, tax breaks and other incentives, and employees imported from elsewhere.

Even the news hounds have taken a hit.  (The ol’ newsroom has got to be looking a lot less crowded these days, huh, Rob?)  The state’s few remaining major newspapers have had their ad revenue hit so hard that they’ve had to put up pay walls on their web sites.  Things are going SO GREAT in our state that folks have decided not to spend any more money on advertising.  Yeah. Um, right.  That’s the ticket.