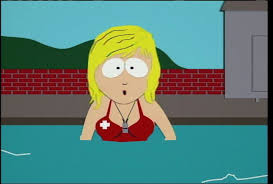 Seeing his future employment prospects grow dimmer by the moment, Dallas Woodhouse is puffing up his chest and talking tough:

[…] The executive director handles the day-to-day operations of the party staff. Woodhouse said the office is already moving on from Hayes’ indictment.

“The party is functioning and running as it’s supposed to. It’s bigger than one man and frankly its rules are set up in a way to protect itself from errors made by any one elected officer,” he said. “Those rules and protocols worked very well here.”

If the party is bigger than one man, why not send Hayes packing?  If the party is functioning and running as it’s supposed to be, why are you sending out emails begging for pocket change?  Could it be based on the fact that you had $7700 (and change) in the bank at the end of the year, and have only raised about $15K more than you’ve spent so far this year?

The folk with badges WILL NOT tip you off on any future plans to charge any other party officials  They just won’t.  That’s not their style.

Um, no expectation of a return of funds?  It  might be a good time to refer to the section of the indictment entitled “Notice of Forfeiture and Finding of Probable Cause,”  starting at the bottom of page 21: 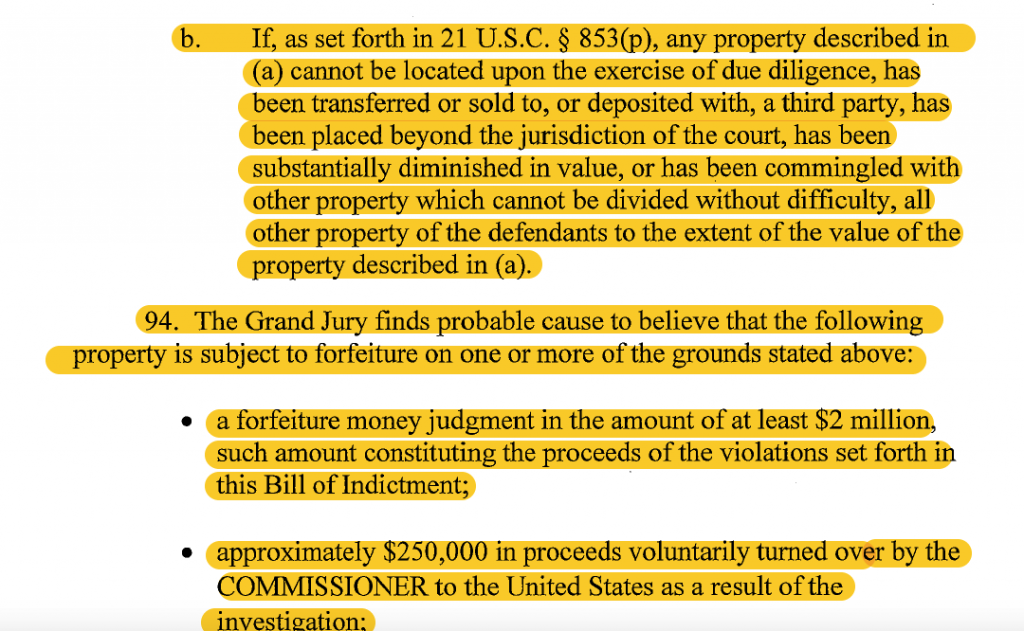 Yeah, I’m betting some money will be “given back” to Uncle Sam.

[…] Woodhouse said his testimony before the grand jury showed steps that the party took to stay in compliance, including pushing back on some of the requests from Lindberg and his associates to funnel money directly to statehouse candidates or accept training from specific companies.[…]

Pushback?  I didn’t see ANY evidence in the indictment of ANY pushback against Lindberg’s requests / demands.  For example: 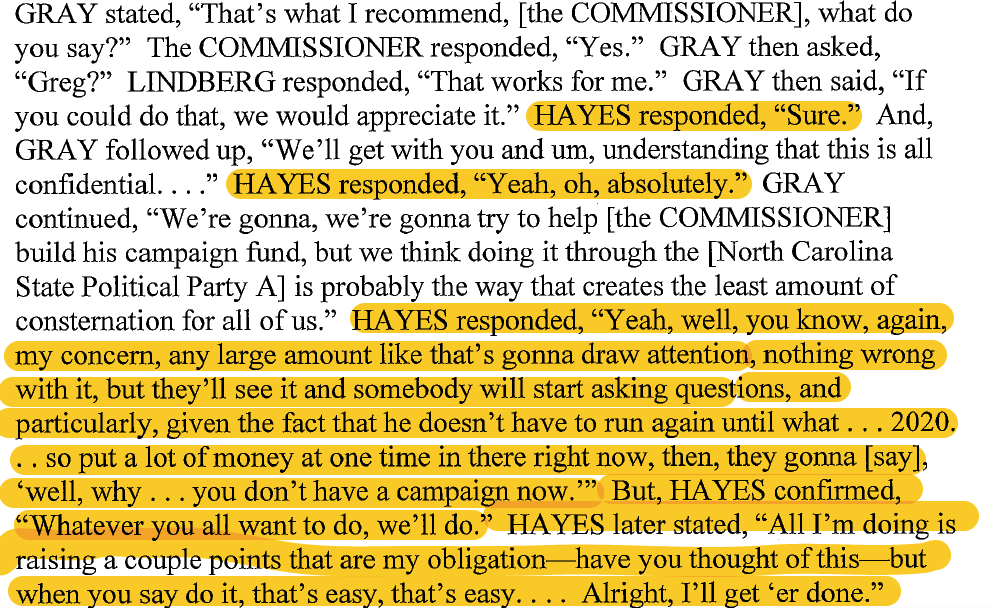 Pushback?   That sounds more like an ‘Ol’ Porch Dog’ rolling over and showing his tummy — looking for a good scratch.
Oh,  and what kind of “training” was Dallas so fastidiously refusing?
One wonders if he shared with the grand jury the track record of the party’s treasurer, who has been fined and reprimanded repeatedly for his handling of the Harnett County GOP’s finances — but is allowed to remain in charge of the much more complex state party finances?
Why am I wasting my breath?  These people will figure out a way to give Dallas  a pay raise, A PROMOTION, and a contract or some other form of job security.