Yes, my friends, those were the immortal words of one “Bishop Tonyia Rawls” of Charlotte’s Sacred Souls Community Church as

captured in the latest edition of Mother Jones.    Yes, that liberal rag takes us “Inside the Knock-Down, Drag-Out Fight to Turn North Carolina Blue.”  The author of this piece ran into Bishop Rawls while she was chillin’ with The Round Rev.  Yes, reading through this piece you get a clear look at all the lesbian preachers and various and sundry leftist carnival sideshow performers who have steered the four year long effort to trash our state on an international scale.

We noted previously that state board of elections general counsel Josh Lawson appeared to be way too helpful and sympathetic to Mother Jones’s efforts here.  What was even more surprising was how unaware so many NCGOPe players were of the ideological bent of Mother Jones.

Take this account from the Mother Jones article of a Civitas event in Raleigh:

[…] A week after the NAACP bus ride, I sat in the excessively air-conditioned basement of a Raleigh DoubleTree hotel, where red pillars were bedecked with signs declaring “North Carolina’s Conservative Voice.” Civitas Institute President Francis De Luca promised to keep citizens informed “about what’s really going on in our state,” as he welcomed 85 people to the institute’s monthly lunch, where the results of the Pope-funded think tank’s work are revealed.

Civitas commissions studies, like one that touted a lower income tax (the Legislature then lowered the income tax), and conducts polls, on topics like vouchers for private schools (subsequently funded by the Legislature), thereby trying to “equip the legislator, as well as the layman, with the tools necessary to understand public policy in North Carolina.” 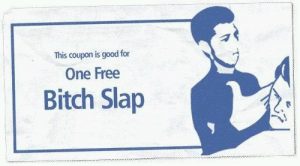 After I sat down to my plates of chicken, pasta, salad, and cake, North Carolina Republican Party Executive Director Dallas Woodhouse—previously the state director of Koch-funded Americans for Prosperity—approached to shake my hand and join me at my table. No one here asked suspiciously if I was working for the other side; everyone else at the lunch appeared to be white, too—save the waitstaff.

Kristen Jaciw, a regional field finance director for the Republican National Committee, sat between me and Woodhouse. Gov. McCrory’s political director, Ryan Terrill, joined our table, along with another campaign staffer. At the front of the room, De Luca introduced the guest speaker for the day, Joe Stewart of the North Carolina Free Enterprise Foundation, who said he described his previous job as a lobbyist to his young daughter by telling her he “killed baby seals for a living,” which really cracked the room up. 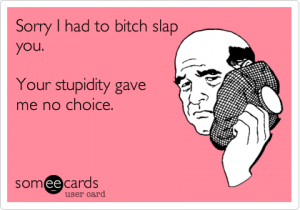 De Luca took the audience through a slideshow of Civitas’ most recent polling data about various initiatives. A freeze on UNC tuition increases for students who graduate in four years (63 percent support). A $1.6 billion light-rail line connecting Chapel Hill to Durham (54 percent oppose). Who should get to view police body-cam footage (47 percent said everyone, 31 percent said law enforcement should decide). When De Luca read the question of whether people would support Obamacare being extended to illegal immigrants who were working, the room erupted in groans; when he revealed that 40 percent said yes, the groans got louder and more flabbergasted. The woman sitting to my left, a retiree who was the only other non-political-operative at my table, told me she came because she finds the information interesting and shocking every time. “I can’t believe anybody disagrees with me,” she said, laughing exasperatedly. “How can they be so dumb?”

Despite the GOP’s lock on the Statehouse, North Carolina is still more Democratic than Republican, De Luca reminded the crowd. McCrory is up for reelection; his favorability was “underwater” for a bit, but that was “at the height of the HB2 thing.” (Currently he and Democratic challenger Roy Cooper are polling within a point of each other.)

Still, De Luca warned, this November was going to be competitive, more competitive than in many states. But voters are disenchanted. Their choices for president are “a grandma that yells at you or a guy with a bad tan,” so “young people won’t come out, like they did for Obama, this time.” Lest the crowd be too encouraged, Stewart warned that “there’s a lot of money coming into the state from outside sources. Batten down the hatches. It’s a tight race comin’ up.”[…]