Blinkin’ Chris has *really* got it all figured out (It’s no wonder Mr. Goodmon pays him the big bucks):

Listen to many of the conservative pundits around the country and in North Carolina these days and you’d think Donald Trump appeared out of nowhere to storm to the front of the Republican presidential primary field with his rhetoric about immigrants and Muslims and women that traditional Republican leaders say they find offensive.

Trump has called for a ban on Muslims travelling to the United States, a suggestion that North Carolina Senator Richard Burr called a bad mistake that would be harmful for national security. […]

Heads up, Burr re-election campaign.  You NOW have Blinking’ Chris citing your guy to prop up his weak arguments.   *It’s quite a feather in your conservative cap to have Chris Fitzsimon’s blessing.* MORE:

[…] When Trump announced his bid for president last summer he railed against immigrants from Mexico that he said included murderers and rapists.

Those comments ignited a firestorm of protest that led to television networks announcing they would no longer air beauty contests that Trump presents, ESPN shifting a golf tournament away from a Trump golf course and NASCAR moving its banquet away from a Trump-owned property.

Trump not only hasn’t apologized for the comments, he’s continued to make them and found new ways to offend people, including ridiculing a reporter with a disability.[…]

There Chris goes utilizing those WRAL standards for reportin’.  The “immigrants” Trump “railed” against were the folks who sneak across the border trying to evade the US Border Patrol.  NOT the folks who follow the law and play by the rules. (Like going through Customs, for instance.)  Talk to ANY law enforcement official in this country and they will tell you how they are spending an inordinate amount of time dealing with criminal activity by people who also happen to be illegal aliens.

As far as those business moves go, you’re dealing more with wussy PR departments reacting to hysteria whipped up by drive-bys transmitting convenient pieces of the truth. MORE:

[…] Despite it all, he is now the frontrunner in the Republican primary and he is leading in the polls in North Carolina. 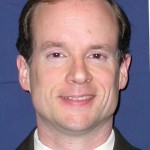 And it’s driving the mainstream Republicans and their prominent supporters crazy. One prominent conservative think-tanker in Raleigh recently described Trump as “a charlatan, a pathetic, disgusting human being,” and said he could all but destroy the Republican Party. […]

[…] But Trump didn’t come out of nowhere of course and he didn’t just start making offensive statements. A few weeks before Trump said immigrants from Mexico were rapists in his announcement speech, he said virtually the same thing as a keynote speaker at the 2015 state convention of the North Carolina Republican 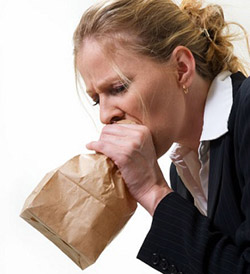 And it wasn’t the first time Trump was invited by Republican leaders to come to North Carolina. He was a keynote speaker at the 2012 convention too. No allegedly mainstream Republican protested his invitation either time and prominent state Republicans all sat quietly in a ballroom and listened to Trump make his offensive remarks about immigrants last summer.

Now however they are offended by what he is saying.

Trump himself isn’t the real problem. He’s a candidate but he’s also a symptom of how far outside the mainstream the Republican Party has moved in North Carolina and how unwilling party leaders are to stand up to extremists. […]

Chris is so off-course here he may disappear into the Bermuda Triangle never to be seen again. (Um, yay?)

I think I’d be more concerned if MY presidential candidate was off having breakfast with AL SHARPTON.

Actually, respected conservative academic Charles Murray hits the nail on the head about the Trump phenomenon pretty doggone well.   It’s bigger than Trump, he argues.  It’s about a growing frustra

tion within the middle class about an elitist ruling class clique in this country that spans both parties and doesn’t mind using the power of the state to reward themselves and their friends, as well as keep the rest of us down and dependent on THEM.

One of the biggest reasons Donald Trump is here and doing so well is that D.C.  (you might also throw Raleigh in here, too) did not listen to what the voters said at the polls in 1994, 2010, and 2014.  The politicians played the rubes back home — telling them what they wanted to hear — and then cast them aside.

Now the rubes back home have their torches and pitchforks and, apparently, their presidential candidate.