Tea Party and anti-Common Core activists are up in arms over the proposed Student Success Act (HR 5) under consideration in the Congress.

The legislation basically extends the life of the horrid No Child Left Behind albatross that George W. Bush blessed us with.   The fact that grassroots activists are opposed almost guarantees you will find Rep. Renee Ellmers FOR IT: 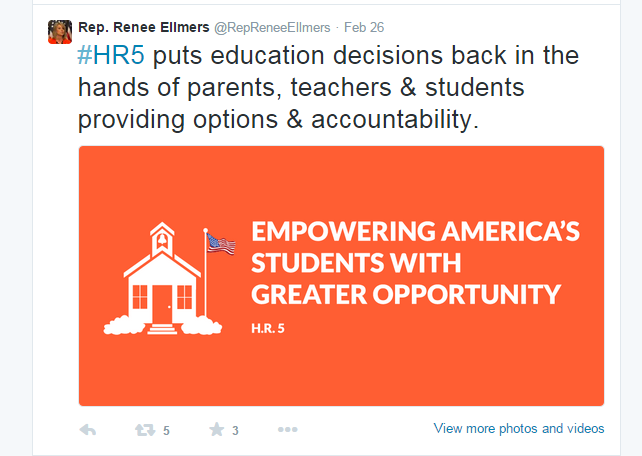 Rookie congressman Mark Walker (R-Greensboro) has done yeoman’s work in trying to reform this dog of a bill.   Heritage Action — clearly one of Ellmers’s top political foes — has also been aggressively against it.

6 thoughts on “Ellmers cheerleading for No Child Left Behind reauthorization”