In 2012, she passionately embraced the radical Occupy movement.  In 2016, Elaine Marshall is thumbing her nose at taxpayers, voters, the nation, and EVEN the law: 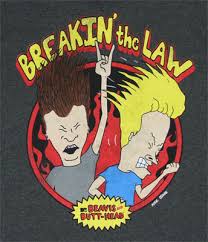 s an impartial witness in performing a variety of official fraud-deterrent acts related to the signing of important documents.

However, according to constituent reports, North Carolina Secretary of State, Elaine Marshall (D), may be granting those certifications to illegal immigrants. By relying only on temporary work authorizations issued as part of President Obama’s Deferred Action for Childhood Arrivals program in order to qualify applicants as notaries public, the office may be in conflict with state law on the subject.

So, our ‘Crazy Aunt’ Elaine is putting people — many of whom are already likely perpetrating identity fraud — on the frontline of

the fight against business fraud? MORE:

[…] North Carolina General Statute 10B-5 states that among the requirements to become a notary in North Carolina is that an applicant must be a legal resident of the United States, and speak, read and write the English language.

Completion of six-hour class is also required which then provides the application and instructions to submit the documents to the Secretary of State’s office.

According to a western North Carolina notary student, who wished to remain anonymous, other students in their 2016 notary class required translators during class time. Aware of the requirements for English proficiency to be certified, the student raised the issue with community college staff and the students in question were removed from the class as a result.

Curious to learn more, the concerned student discovered that other classmates were DACA recipients, and that other DACA immigrants had been certified and were working as notaries public at private businesses in the area and even at the local Register of Deeds office.

Well, now.  I HOPE our crazy aunt has a good explanation for all this:

[…] Investigating the claim with a call to the Secretary of State’s office’s notary public section, North State Journal (NSJ) spoke with a staffer and asked if DACA related work permits would satisfy the legal residency requirement.

“Yes, you would just send us a copy of [the DACA work authorization], a front and back copy,” said the staffer.

NSJ followed up with George Jeter, director of Communications for the N.C. Secretary of State, on the policy. He explained that, in their view, U.S. Homeland Security employment documents associated with the DACA program satisfy the general statute requiring applicants to be a legal resident.

“You can become a notary even if you are not a citizen,” said Jeter. “The U.S. Supreme Court has ruled on that very topic. That would be Bernal v. Fainter, and Fainter was the Secretary of State in Texas, and they definitively said that as long as you’re a legal resident and you meet, basically, the morals part of

that stuff, you can be a notary.”

Indeed, in that 1984 case, the U.S. Supreme Court struck down a Texas law requiring notaries to be citizens, ruling that legal aliens fell under the Equal Protection Clause, and therefore could be commissioned as notaries public.

Even so, on the topic of legal residency status of DACA individuals, the N.C. Secretary of State’s legal reasoning might conflict with that of the Department of Homeland Security (DHS) and, therefore, be in conflict with the relevant state statutes requiring a notary be a legal resident.

Although the Department of Homeland Security (DHS) does issue employment authorizations through DACA, it also advises that DACA “does not confer lawful status upon an individual.”

“Deferred action is a form of prosecutorial discretion that does not confer lawful permanent resident status or a path to citizenship,” says the DHS website.[…]