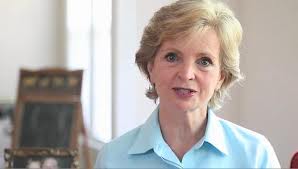 When you’ve spent 40 years inside the state bureaucracy, it’s understandable that your world-view might be a little disjointed. DPI secretary June Atkinson never ceases to amaze — EVERY time she opens her mouth:

“With the voucher legislation that we have we could be in dangerous territory as far as taxpayers’ dollars going to private schools,” she said prior to speaking to the N.C. School Boards Association’s Public Policy Conference. “There is nothing in the legislation that would prevent someone from establishing a school of terror.”[…]

Really?  Why would you need to write something like that into school voucher legislation, when federal law already does one hell of a job addressing it?  If you try to set up a a terror training school, you will draw some serious interest from folks like THIS, THIS and THIS among others. What got Dr. June talking about terrorism, you ask:

[…] Atkinson made the statement in response to a reporter’s question about the new admissions policy at Myrtle Grove Christian School in Wilmington that will allow the private school to reject students from gay families.[…]

Wow.  Equating a Bible-based curriculum with a terrorist training camp is both repugnant AND stupid.  The voucher program is all about choice.  No one is being forced to attend this Christian School. It’s about giving families who can’t afford private schools the chance to seek something better for their kids.

This is just the latest in a chain of hits churned out by The Queen Educrat recently.  She balked at answering questions about common core from Lt. Dan Forest — claiming she didn’t have enough paper.

Dr. June explained away declining test scores by pinning the blame on higher standards.  It also appears that she monkeyed with the teacher turnover report when it wasn’t exactly matching the political spin she and her allies were spouting all over the airwaves.

Well, you get what you vote for.  Apparently, for an office that has a lot of influence over the lives of our children, we didn’t vote for much.