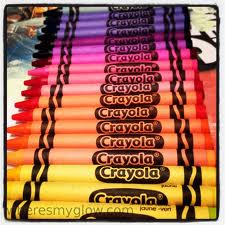 ‘I expect this kind of stuff from Rob “Rielle Who?” Christensen and John “Gunga Din” Frank at McClatchy-Raleigh.  But it’s disappointing to see it from Jim Morrill, who tends to do a pretty good job covering politics from his perch in The Queen City.

McClatchy-Raleigh and McClatchy-Charlotte decided to give us a twofer — based on Chris Fitzsimon talking points and spin — this AM.  Apparently, according to McClatchy, the NCGOP HATES people who live in cities.  Seriously?  First, let’s take on Mr. Rielle Who, who presented us this morning  a love note headlined “Drop Dead: Is that the GOP’s Message To Raleigh”:

That was the famous New York Daily News headline that was published when President Gerald Ford vowed to veto a bailout to a bankrupt New York City in 1975.

Democratic blogger Gary Pearce resurrected the old headline in regard to the Dix Hospital controversy, suggesting that the new headline might read: “GOP to Raleigh: Drop Dead.”

You mean THE Gary Pearce who used to work with you in the N&O newsroom, was Gov. Jim Hunt’s press secretary, and has run countless Democrat campaigns?  That one?  MORE:

That was the line of argument taken up last week by Sen. Josh Stein of Raleigh, who accused the Senate Republicans of Raleigh bashing.

Do Republican lawmakers really hate Raleigh? If so, they have a funny way of showing it, spending millions of dollars of campaign money to get here.

But Stein is partly right. This does have the smell of power politics, not to mention an old-fashioned executive-legislative feud.

So, we’re going to accept the spin from the #2 man in the state House Democrat minority as fact?  We’re not going to explore the possibility that the law may have been violated with that lease agreement?  It’s hard to believe that you can hand over such a valuable piece of property without a public hearing or an auction.

Also, Rob, direct me to those columns you wrote during all of those years of Democrat dominance on Jones Street, where you suggested that the Democrats HATED conservative regions of the state.

Republican Senate leader Phil Berger told outgoing Democratic Gov. Bev Perdue not to sign a lease in December that turns more than 200 acres of the old Dix psychiatric hospital property over to Raleigh for a destination park. The city would pay the state $500,000 a year, plus 1.5 percent annual increases in a deal worth $68 million over 75 years.

Republicans point to an $84 million appraisal done in 2011 as the land’s true value and say they are exercising their authority to take back the lease.

The lease agreement was rammed through the Council of State on a party line vote.  Why aren’t we chastising Democrat officials for mindlessly following Bev Perdue’s orders?

Berger makes no bones about it. He warned Perdue not to make the deal. She did it anyway. Now he is voiding the lease.

But all this talk about illegal leases is so much political spin. Below-fair-market leases are commonly done between government agencies.

In fact, the chief sponsor of the Dix bill, Republican Sen. Ralph Hise, engineered one himself in 2011, selling an old abandoned state prison valued at $2.01 million to Mayland Community College, where he works, for $1.

Caught you, Rob.  You cribbed this from The Mad Blinker himself — Chris Fitzsimon.   You and Chris failed — or refused — to do due diligence on this matter.  If you had been honest, you would have reported that the old prison building was dilapidated and beyond repair.  The only viable option was to use it for fire training and burn the sucker down.  Which is what the college did.   Trying to compare a dilapidated white elephant piece of property in rural western North Carolina with a multi-multi- million dollar piece of prime real estate located in one of the hottest markets in the nation (RDU) is a Shaquille O’Neal sized stretch.

Even in a state that has grown increasingly urban, North Carolina cities are on the defensive, fighting to keep prized assets and local control against a legislature that appears intent on taking them.

It’s not just municipalities that have felt the sting. Senate bills would redraw school board districts in Wake and Guilford counties and change the way members in each are elected.

Um, those bills are being offered up by legislators FROM those locales.  MORE:

“It has been an amazing array of bills that add up to more restrictions on cities and on urban counties to govern themselves,” says Ferrel Guillory, a political analyst at UNC Chapel Hill.

For those keeping score at home, Guillory is also a former N&O writer who got appointed to stuff by Jim Hunt and Mike Easley.   What all are these heartless Republicans doing to kill off cities?  Jim clues us in:

• The Senate negated a lease of the former Dorothea Dix hospital property to the city of Raleigh, which plans a park. The bill would require the state to get fair market value. The lease had been approved in December under former Democratic Gov. Bev Perdue.

The measure, now in the House, sparked tense debate. At a hearing, Capitol Broadcasting president and CEO Jim Goodmon said nobody would trust doing business with the state if it breaks the lease.

• A long-anticipated bill filed last week would put Asheville’s water system under control of a Metropolitan Sewerage District, without compensating the city.

The Asheville bill is being sponsored by a local legislator at the request of local leaders.  That’s how it all is supposed to work, right?

Dozens of other bills would affect cities.

House Bill 150, for example, would limit their ability to make homebuilders adhere to design standards. House Bill 79 calls for a constitutional amendment eliminating extraterritorial jurisdiction, a tool that helps cities control development on their borders.

Tax reform bills would end revenue sources such as the franchise and business privilege license taxes. That would cost cities $320 million, according to the N.C. League of Municipalities, though bill supporters say it would be balanced by broadening the sales tax base.

House Bill 252 would prevent Asheville from using part of its water utility revenues for street repairs that result from installing underground water lines.

All these follow last year’s major changes in North Carolina’s annexation laws that made it harder for cities to grow through annexation.

“The legislature has created a threatening environment for cities, forcing cities to legitimize and justify their role in North Carolina and its economy,” says Esther Manheimer, vice mayor of Asheville and a former legislative attorney.

“Past legislatures have understood the role of cities in the overall health of the state, and that was never questioned.”