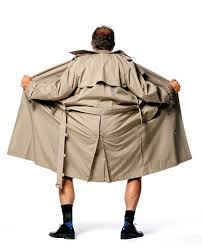 It’s no secret that our nation’s so-called mainstream media is a bastion of leftism.  It is surprising, however, to see one of its leaders be so in-your-face about it as Robert Kaiser, the recently retired managing editor (as of February) of The Washington Post, was in a recent op-ed entitled “How Republicans Lost Their Minds, How Democrats Lost Their Souls, and Washington Lost Its Appeal”:

[…] It’s an odd sensation, leaving the town I’d lived in for most of my 70 years, ending my 50-year career at The Washington Post, turning my back on the political circus that enthralled me for so long. But a more honest answer would have been this: I don’t miss Washington, and I don’t expect that to change anytime soon.

Why? Because for me, the fun has drained out of the game. So has the substance. I used to get excited about the big issues we covered — civil rights, women’s liberation, the fate of the country’s great cities, the end of the Cold War. I loved the politicians who brought those issues to life, from Everett McKinley Dirksen and Howard Baker (Dirksen’s son-in-law, curiously) to Russell B. Long and Edmund Muskie, from Bob Dole to George Mitchell — all people who knew and cared a great deal about governing. Watching them at work was exhilarating. Watching their successors, today’s senators and representatives, is just depressing.

Depressing?  What has ol’ Bob depressed?  Let’s take a look:

I realized just how depressing last October, when Congress voted on legislation that would raise the debt ceiling — allowing the Treasury to pay the debts Congress had already incurred — and keep the government open. This was exciting, but perversely so. On Oct. 16, 162 members of Congress, 144 in the House and 18 in the Senate, voted “no,” votes meant explicitly to drive their government into bankruptcy, when there was a real chance that their view might prevail. Here was an entirely new style of public service, and it turned my stomach.

Those 162 votes reflected the deep hostility felt by the newest version of Republican lawmakers toward the government of their country. It is a cynical and often uninformed hostility, befitting the age we live in. And it has many adherents in a country with an elaborate regulatory and welfare state that many like to pretend we don’t really have, don’t really need and don’t really like — three blatant falsehoods.

Oh, yeah.  Someone running a business with a track record like THIS and THIS sure ought to recognize a falsehood when he sees it.

Lies and intellectual inventions are now typical of our public life, which made Washington difficult for me. […]

That seems so old-fashioned now, when global-warming deniers hold forth on the floors of the House and the Senate, and numerous Republicans merrily denounce our moderate president as a “Socialistic dictator,” in the recent words of Rep. Randy Weber (R-Tex.). I haven’t met Weber, but I have met some of the other House Republicans whose intellectual output can be equally baffling. […]

Wasting 50 years of your life working for a failing newspaper that NOBODY wants to read *certainly* qualifies you to evaluate the intelligence (or lack thereof) in other people.   (While we’re on the subject of intelligence — THIS guy chose to retire from his job in DC and move to New York City.  Retiring to New York City.  Not Florida or The Carolinas or somewhere else pleasant.  NYC.)

Kaiser throws in a few token shots at Democrats Max Baucus and Sheila Jackson Lee.  (He managed to leave out Georgia’s Hank Johnson, who expressed concern during a committee meeting that our military forces might cause the island of Guam to “tip over.”)   But he quickly gets back to spitting venom at The Tea Party and the GOP:

But the most consequential political development in my time has been the transformation of the Grand Old Party. When I was young, we had Republicans who liked to govern, resisted political orthodoxy, made strong friendships with Democrats and took principled positions on difficult issues. We have forgotten that Lyndon B. Johnson’s civil rights bills, perhaps the most important legislation passed in my decades in Washington, were possible only because of Senate Republicans such as Dirksen of Illinois, Hugh Scott of Pennsylvania and Jacob Javits of New York. The idea that Javits and Barry Goldwater were both Republicans in the same Senate is, by today’s standards, astounding.

It must have been exhilarating for lefties to have Republicans who never resisted and worked hand-in-glove with them to enact the liberal agenda.  (Wait.  Is he suggesting that’s not happening anymore?)

Now the anti-government right wing dominates the GOP. Vigilantes from the Club for Growth and Heritage Action campaign to eliminate every Republican in Congress who toys with moderation or considers collaborating with Democrats. The vigilantes’ key allies are members of “the base,” the party activists who make up perhaps 10 to 15 percent of the country’s population but can control the Republican nominating process. The base consists principally of white evangelical Christians who, the pollsters tell us, fear that their America is disappearing. Of course they are right; it has probably disappeared already. Their America would not have elected a black president.

With guys like this in charge, it isn’t hard to see why mainstream media institutions are failing and the influence of The Internet and citizen-journalism is growing by leaps and bounds.