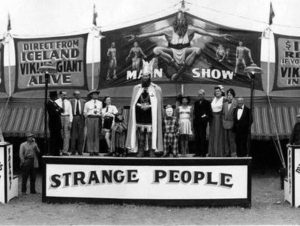 Get ready for the real political freakshow.  Leftists are already laying the groundwork for a fart-in and a urine fight at the soon-to-convene Democrat National Convention in Philadelphia.

Yep. This is the crowd that claims to be the true voice of Middle America.  (Middle Earth, maybe.)

In preparation for this great event, I’ve been scouring all of those leaked DNC emails on the Wikileaks site.    They’ve already cost the *lovely and talented* Debbie Wasserman-Schultz her job.  Hillary’s campaign manager is seriously claiming the leaks were a coordinated effort between Vladimir Putin AND the Trump-Pence campaign.

Really?  Of the two major choices for president, who do you think Putin would prefer at 1600 Penn?  The woman who refused to send help for our people trapped in the consulate in 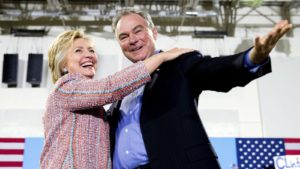 Benghazi, or the guy who regularly talks about ”bombing the shiite” out of our enemies?

Read through the leaked emails.  They offer up plenty of detailed evidence of what we on the right have known for years — The Democrats and the driveby media are in cahoots.

The drivebys are already slobbering over Kaine as a GREAT CHOICE — like they did with Joe Biden in 2008, even though the same driveby organizations blackballed him from the presidency twenty years earlier for plagiarism.  Sometimes the memory fails you when you’re in the midst of an orgasmic frenzy.

Kaine first made a name for himself as an attorney in Richmond.  He sued Nationwide Insurance for having the gall to not do business with potential clients who are clearly bad risks.

Stuff like that spurred on the liberal frenzy against something called red-lining:  not doing business with people who can’t pay for your services (typically poor blacks).  All kinds of regulations kicked in at the federal level against the evil “redlining.”  Companies were forced to do a certain percentage of business with people who were real risks.  Banks handed out mortgages to anyone with a pulse, in order to keep the bureaucracy off their backs.  Stuff like that led to the financial crisis of 2008  that battered Wall Street, the national economy as a whole, and gave us BarryO.  If you took a financial hit in the 2008 mess, thank people like Tim Kaine.

Kaine rode his notoriety to a seat on the Richmond City Council and the mayor’s seat.  He jumped into a crowded Democrat field for the lieutenant governor’s race.  The frontrunner, 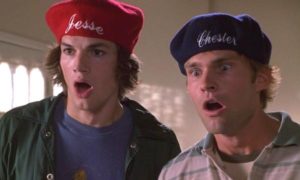 Kaine set his sights on the governor’s office.  The Virginia GOP is even dumber than the NCGOP.  They have a vicious internal conflict going on between RINOs and Tea Partiers.  Their RINOs, though, if things don’t go their way, have no qualms about forming “Republicans for Democrat X” PACs and voting for the Democrat against the conservative GOP nominee.  Kaine took advantage of the Obama national wave, plus that GOP in-fighting to cruise into the governor’s office AND the US Senate.

He headed up the DNC, and screwed that up almost as bad as Debbie Blabbermouth-Schultz has.

In the Senate, Kaine has been a reliable voice for gun control and amnesty.  He enthusiastically pushed for the damnable nuclear deal with Iran AND the even more despicable TPP trade deal.  (His stand on both of those debacles should help paint a clear contrast with Trump-Pence.)

While Hillary has had her scandals (Benghazi, The Clinton Foundation, and the email server, among others), Kaine has taken some hits for accepting gifts from special interests while governor (the same thing that got Republican Bob McDonnell convicted and jailed).

So, we’ve got a Democrat ticket with a track record of enabling ObamaCare, advocating for terrible trade deals, and benefiting personally from their political offices.

Both parts of this ticket have pledged to fast-track amnesty for illegal aliens when they get in.  But, hey, Lindsey Graham thinks Tim Kaine is swell.  That has to count for something.  (*Once again, THANKS South Carolina.*)