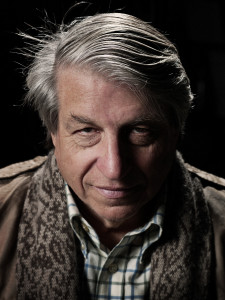 James O’Keefe has done it again.  He and his minions managed to get a hidden camera into a Deborah Ross fundraiser on the Upper West Side of New York City.  Miss Debbie was there — as were the stars of O’Keefe’s video, Benjamin and Leah Barber.

Mr. Barber, a noted leftist academic and prolific contributor to liberal causes, was in quite the talkative mood.  He can be seen on-camera describing black Republicans, and those others who vote Republican, as ‘seriously f***ed in the head.’   Barber, who is white and no relation to The Round Rev (we think), can also be seen comparing blacks who help Republicans to the World War II era sonderkommando — the Jewish concentration camp inmates who helped the Nazis kill other Jews in return for being able to live a little longer.

If THIS had happened at a Republican fundraiser, you’d be getting all kinds of howls from the drive by media and their leftist comrades about how the donor needs to be denounced by the candidate and the money needs to be returned. Look at the hell Donald Trump is catching over David Duke — and he’s never actually met that man. (Deborah Ross was partying with the Barbers and others in a swanky Manhattan apartment.)

This guy Barber is really something else.  His website’s domain name is eponymous.  The site includes a whole page devoted to downloadable photos of himself, as well as another full-page devoted to his bio.