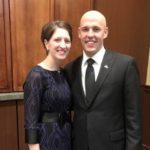 If you can’t have the job, having someone in place who you can control is just as good.
The ever-so-controversial state Rep. David Lewis announced earlier he was stepping down as one of North Carolina’s two representatives on the Republican National Committee..  He survived a no-confidence vote with the help of some NCGOP cronies, but he was not likely to survive the wrath of ”the great unwashed” who would show up at the NCGOP’s state convention in May.

State Rep. Mark Brody had already announced his intention to run — prior to Lewis stepping down.  But Lewis aide Greg Gebhardt is stepping up to try and fill his boss’s controversial shoes:

I know the American Dream is alive and well.

As many of you know, I came from very humble beginnings. I was raised in a single parent home by a mother who worked three jobs to make ends meet; I easily could have been a statistic. However, through hard work and determination I am living the American dream which is why we must continue fighting to make sure future generations have the same opportunities we’ve enjoyed.

I am running for RNC National Committeeman because, like you, I love our Party and want to hand it off to our children and grandchildren in better shape than it was handed to us.

Our success can be realized by holding true to these three things:

Gratitude: I am extremely thankful for the countless number of Conservatives who have come before my generation and shown us what it means to be a Republican.

Greatness: Our Nation is “a shining city upon a hill” and through the promotion of conservative values by great leaders we will remain the best country in the world.

Growth: The Republican Party must expand if we are going to remain the party that folks turn to for steadfast leadership during uncertain times.

We must restore our nation to the Constitutional Republic that our founding fathers intended it to be if we are to live the American Dream and enjoy life, liberty and the pursuit of happiness. 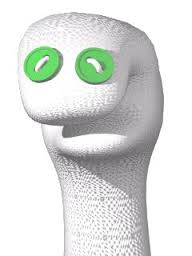 It’s time we take our party back for future generations. It’s our RNC. It’s our America.

Oops.  *He forgot to add in ”legislative aide to Rep. David Lewis” and “reelection campaign manager for Rep. Lewis” in that list of titles.*

And ”take our party back”?  From who?  His BOSS, who has been holding that RNC position for years now?   By “Our RNC” does he mean he, his boss, and their cronies on the Central Committee?