The N&O’s boy wonder — and special lavatory investigator — opened up his favorite publication and found himself a scoop:

The humor publication MAD Magazine has named Gov. Pat McCrory to its annual “20 Dumbest List” because of his support for House Bill 2.

The December issue spoofs McCrory as a “stall cop” with an image of the governor in a security officer uniform, a nod to the Paul Blart “Mall Cop” movies. 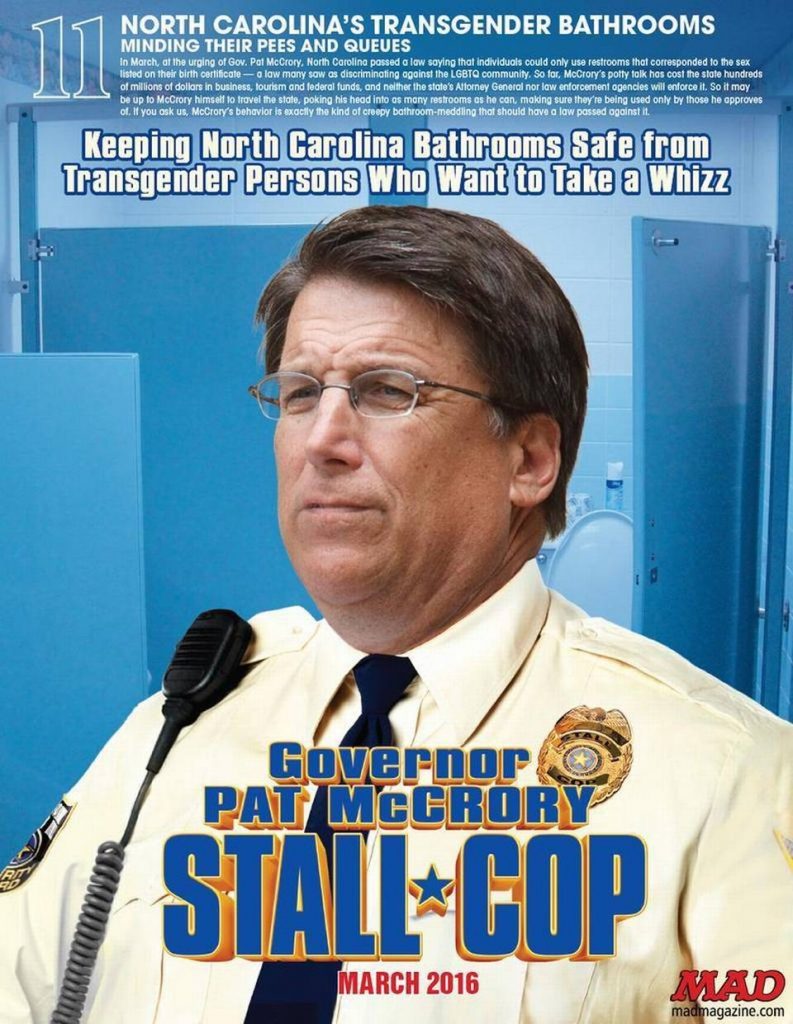 THIS comes from the same fake news reporter who regaled us with his quest for genitalia at the Republican convention.  *Oh, yeah.  WE’RE Russian propaganda.  But the N&O is,um,  REAL journalism.*

6 thoughts on “Colon Campbell is JEALOUS.”