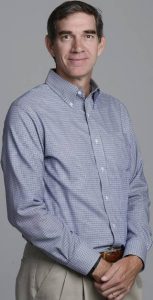 The same crowd that has told little girls to get “comfortable” with male genitalia in the restroom is now advising North Carolina to get comfortable with the idea of Governor Roy Cooper:

The Charlotte Observer’s editorial board has endorsed Republican Pat McCrory in every one of his bids for office since 1991. That includes twice for City Council, seven times for mayor and twice for governor. That streak comes to an end today.

McCrory’s term as North Carolina governor is the ultimate illustration of the Peter Principle: that people are promoted based on their past performance and not the abilities needed for the new role and thus rise to the level of their incompetence. McCrory has certainly done that.

Fortunately, voters have a superior option in Democrat Roy Cooper. A Morehead Scholar at UNC, a former Senate majority leader and a four-term attorney general, Cooper has the experience, the intelligence and the policy stances needed to return the state to its stature as a progressive leader in the South.[…]

Pat McCrory is experiencing the same thing John McCain did in 2008.  You make nice with these drive bys, and

they make nice with you.  Then, when you do something that gets in the way of their agenda — i.e., getting Barack Obama elected president,  turning Raleigh back over to the Democrats — and the LOVE IS GONE.

Donald Trump has learned this lesson.  He used to make nice with the drive bys.  Now, he’s on a war footing.  He’s stopped bringing a knife to a gun fight.  He’s giving it back to them ten-fold. 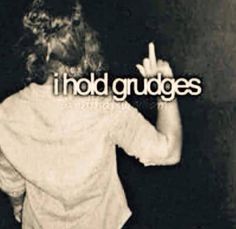 Who gives a crap if Jim Goodmon, Taylor Batten, Jim Morrill, John Drescher, Mark Binker, Laura Leslie or David Crabtree LIKE YOU?  You’re governor of a state recovering from a mess THEY and THEIR FRIENDS made.  Their personal stories are dominated by plummeting ratings and financials soaked in RED.

If Pat McCrory wants to pull this out, he needs to move to a war footing.  If we want to save our country and our state and our culture, we need to recognize these drivebys for the threat they are, and treat them as such.  Stop reading and watching them.  Stop advertising with them.  Starve them as penance for their incompetence, evil and outright subversion.